With the Cleveland Cavaliers already participating in Summer League action in Salt Lake City in a precursor to the Las Vegas Summer League, two notable Cavs players were in the news recently regarding a rather surprising commercial one of them is featured in. Larry Nance Jr. responded to a Turkish Head & Shoulders shampoo commercial that his teammate Cedi Osman starred in that featured Osman struggling to complete a dunk in practice… that is until the 24-year-old Turk slathered on some Head & Shoulders.

If you can’t dunk, you should do what @cediosman does and use A LOT of @HeadShouldersTR shampoo! 😂 pic.twitter.com/MWqqgVVrqE

Nance Jr., who seems to be a rather delightful personality in and out of the locker room, responded with a rather amusing question:

Osman has yet to respond to Nance’s gentle ribbing, but there can be no doubt that Osman does indeed know how to dunk, as he has dunked 12 times in his career so far across two seasons with the Cavs per Basketball Reference.

Is Osman’s ability to jam a basketball with authority tied to his gorgeous coiffure? Only Cedi knows that the answer to that. If this commercial can be believed, then the answer is yes.

Osman had the best season of his career in 2018-19 as the Cavaliers’ starting small forward. Cedi was second on the team in minutes with 2444, behind only rookie Collin Sexton’s 2605, and he finished third on the team in total scoring with 991 points on the season – also behind Sexton’s 1371 and Jordan Clarkson with 1364.

As long as Osman continues to use Head & Shoulders shampoo, it seems likely that he’ll score more than that next season. 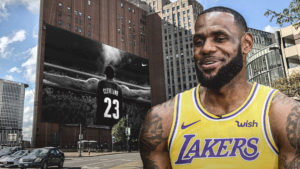