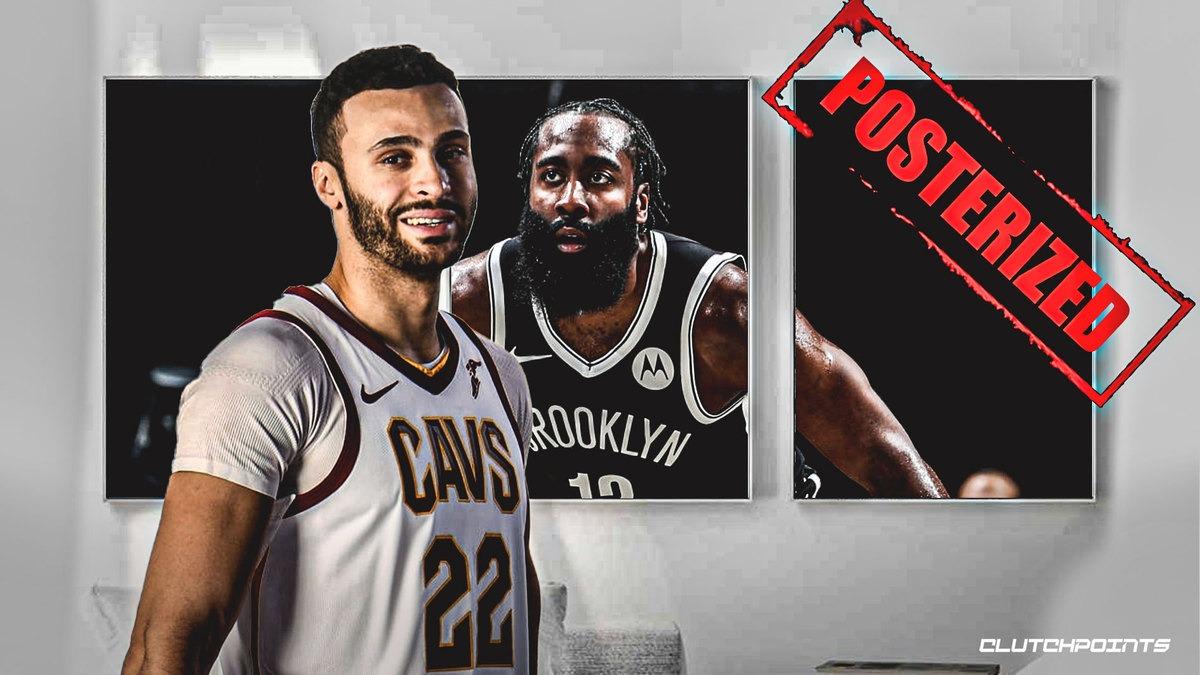 Cleveland Cavaliers forward Larry Nance Jr. completely annihilated James Harden’s defense with this sick poster slam on Friday. Midway in the third quarter of the Cavs’ hosting of the Brooklyn Nets at Rocket Mortgage FieldHouse, Nance was hanging around the paint and received a nice touch pass from teammate Andre Drummond.

Seeing The Beard as the only white shirt within his vicinity, the springy 28-year-old took off and punched in a right-handed hammer over the Nets superstar’s outstretched arms.

The case can be made that the refs should have called an and-one on the play and sent Larry Nance Jr. to the line.

James Harden, on the other hand, has often been criticized for his supposed lack of effort on the other end of the floor. To his credit, he did try to make the rotation against the high-flying Nance but did end up paying the price.

Nance and the Cavs, meanwhile, are looking to claim back-to-back victories against Harden and company after their double-overtime win, which they dedicated to Jarrett Allen, in their last outing.

Heading to Friday’s rematch, Nance was notching 10.8 points, 6.2 rebounds, 3.9 assists, and 2.5 steals in 14 games. He also improved his efficiency from the field, making 49.6 percent of his attempts from the floor and 44.4 percent of his threes.

On the other hand, the Nets are still seeking chemistry between their two superstars in Harden and Kyrie Irving. Kevin Durant didn’t play Friday night out of precaution.