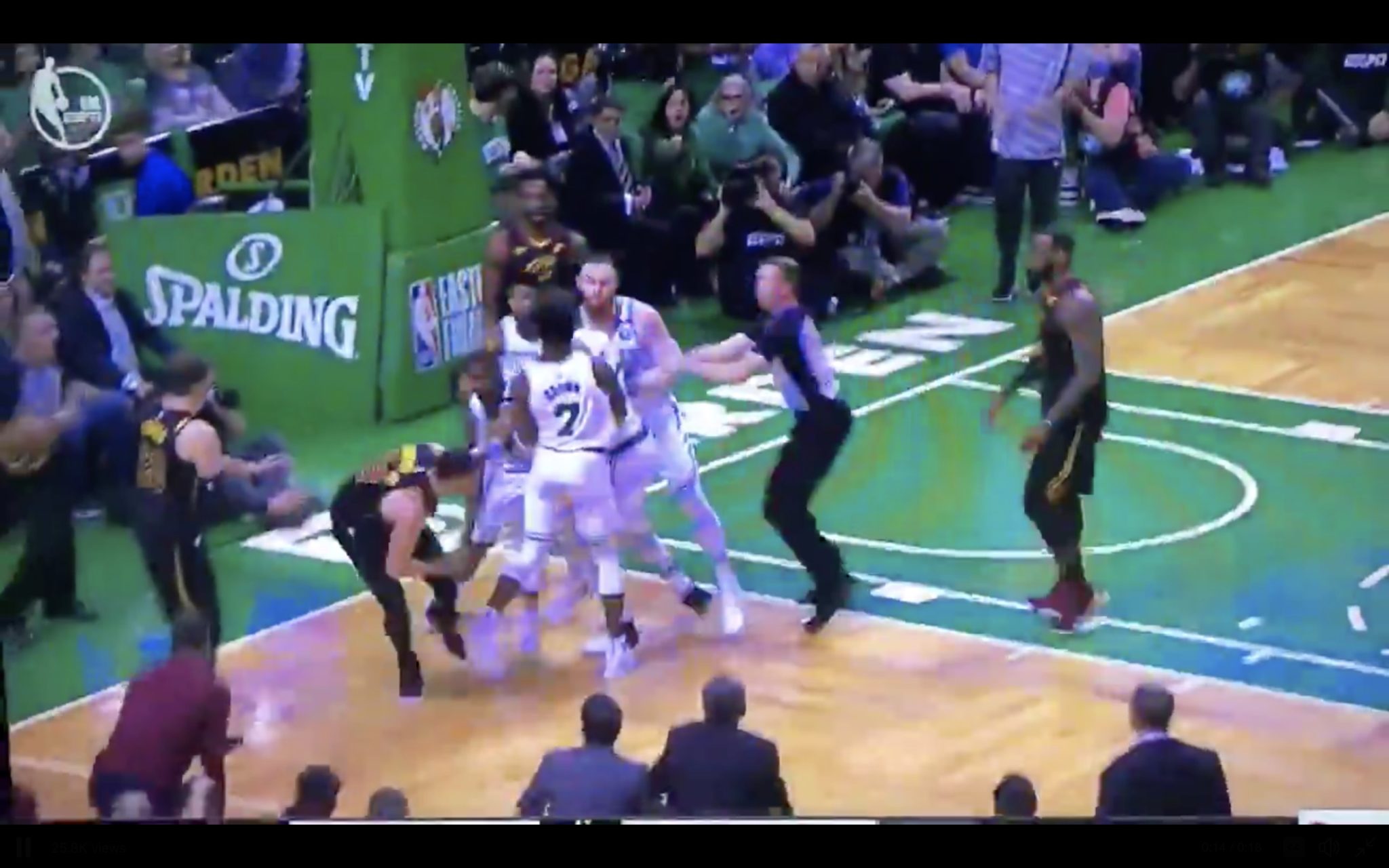 The Cleveland Cavaliers and Boston Celtics tipped off Game 5 of the Eastern Conference Finals on Wednesday night, and with the series tied at 2-2, the winner off Game 5 gets within one game of an NBA Finals appearance.

Early in the second quarter, the Celtics’ and Cavs’ second unit took to the floor, and within a few minutes both Marcus Morris and Larry Nance Jr. got into a heated exchange that nearly resulted in punches being thrown.

Morris deflected an alley-oop away from Nance Jr., stood over him, and had a couple words for him. Nance got up, and shoved him away. That was followed up by a hard shove by Terry Rozier on Nance Jr., resulting in a huge scrum in front of the Cavs’ bench.

And a Morris wink pic.twitter.com/gAv6i3rD0Z 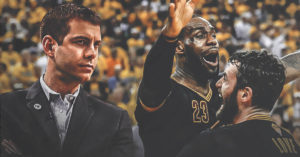