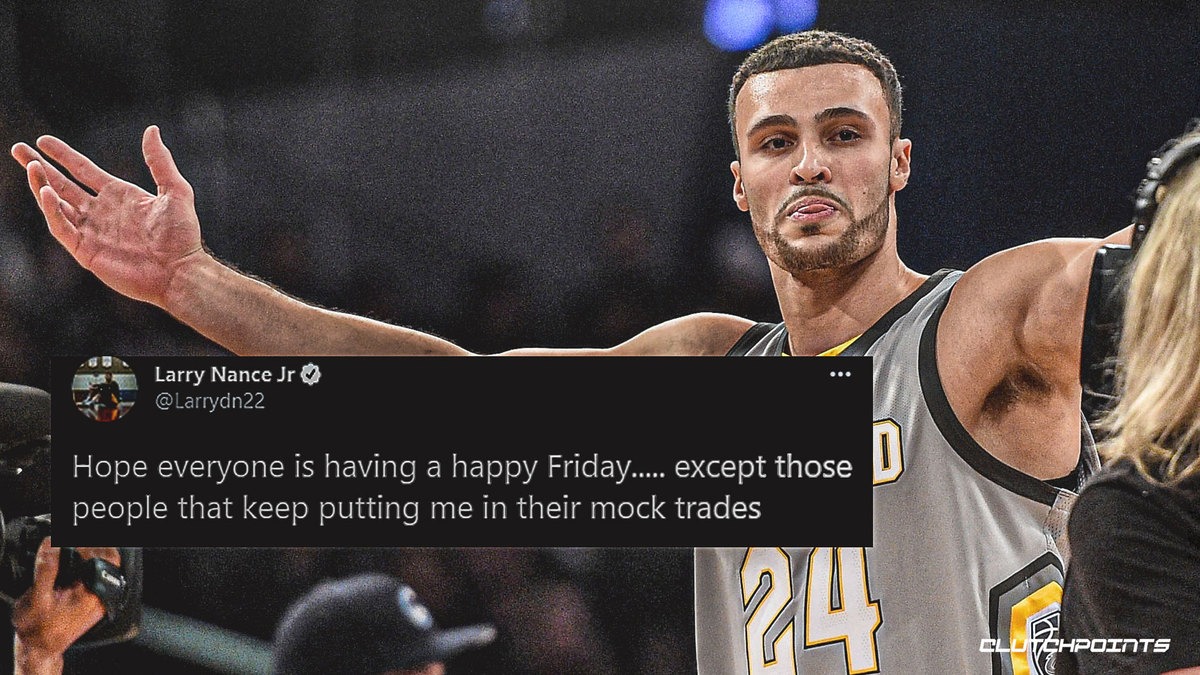 Cleveland Cavaliers big man Larry Nance Jr. is a pretty nice guy, just don’t include him in your mock trades.

On Friday, the Cavs big man made sure to let everyone know–albeit jokingly–that he doesn’t enjoy seeing his name on trade rumors, especially those with no basis at  all and are just made of pure speculation in possible trade scenarios.

To be fair to Larry Nance Jr., no NBA player wants to be included in trade rumors unless they demanded it. However, that is just the harsh nature of the league, especially since it is a business at the end of the day. Not to mention that it is also entertainment, which makes rumors and speculations pretty abundant.

It is not the first time that Nance’s name has been involved in trade rumors and mock trades for the Cavs. In February, The Ringer published a story revealing how the team can get significant returns if they put the young big man on the trading block.

For what it’s worth though, it should not be surprising for Nance that he’s being discussed in such rumors and speculations. After all, since he has been out with a fractured finger, new big man Jarrett Allen has been on a tear for the Cavs.

Before his injury, Nance was averaging 9.3 points, 6.8 rebounds and 3.2 assists per game for the Cavs. On the other hand, Allen has been phenomenal with 14.7 points and 9.6 boards on top of 1.7 blocks.

Aside from Nance, there have been rumors that the Cavs are also willing to discuss Cedi Osman, Taurean Prince and JaVale McGee in trade talks.,