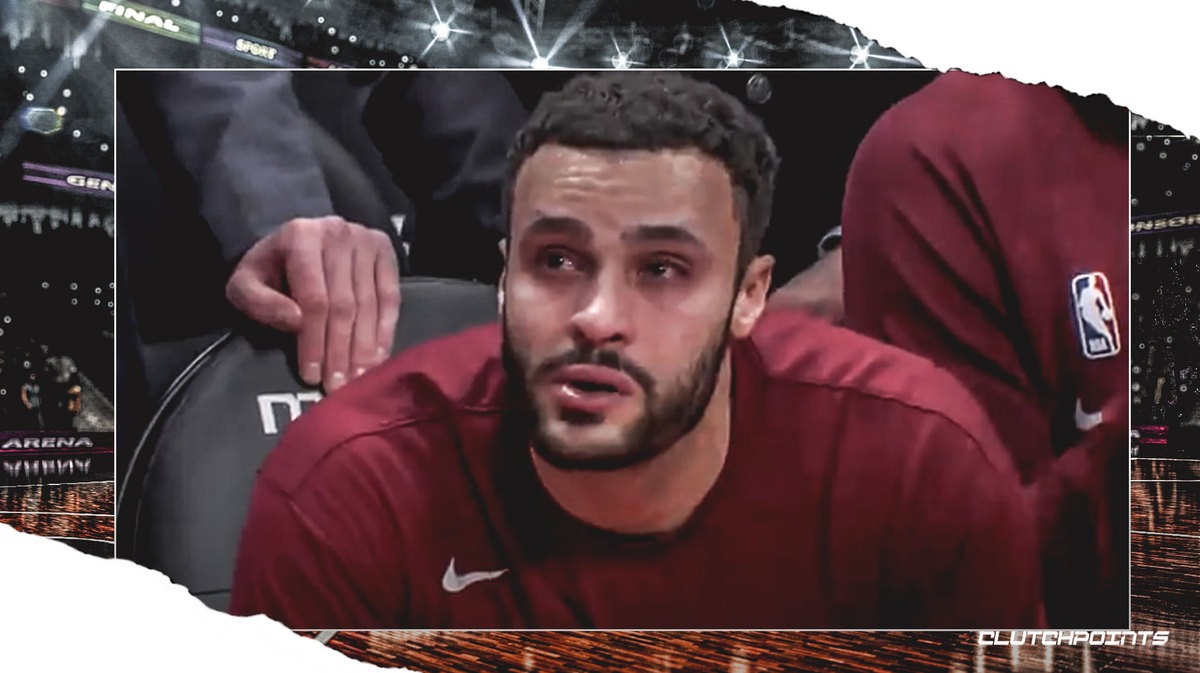 Deceased NBA star Kobe Bryant touched so many lives throughout his historic twenty-year professional career. Although he retired after the 2015-16 season, Bryant has had a lasting impact on athletes in multiple sports. Former teammates like current Cleveland Cavaliers forward Larry Nance Jr. is one of them.

Nance Jr., spent only one season sharing the court with the future Hall of Fame shooting guard in Bryant’s final season. It capped off two decades in the NBA, all with the Lakers.

Nance was seen glossy-eyed on the bench during Cleveland’s matchup with the Detroit Pistons on Monday evening (via FOX Sports Cleveland). Bryant, passed away at the age of 41 on Sunday in a helicopter crash alongside his daughter, Gianna, and seven others.

Nance grew up with the game of basketball. The son of three-time All-Star power forward Larry Sr., Nance had the special opportunity to be introduced to the NBA by his professional athlete of a father. Nance Sr. never had an opportunity to play against Bryant. But the emotion of the game is clearly present with his son. Nance Jr. did get to play one season with the eighteen-time All-Star.

The NBA suspended and postponed the Lakers’ Tuesday tilt with Staples Center co-tenant Clippers. The purple and gold organization continues to grieve over the sudden and tragic loss of Bryant.

What’s next is essentially uncharted territory for the league. Players, coaches, and officials are obviously broken up by Bryant’s death with little idea about how to move on.