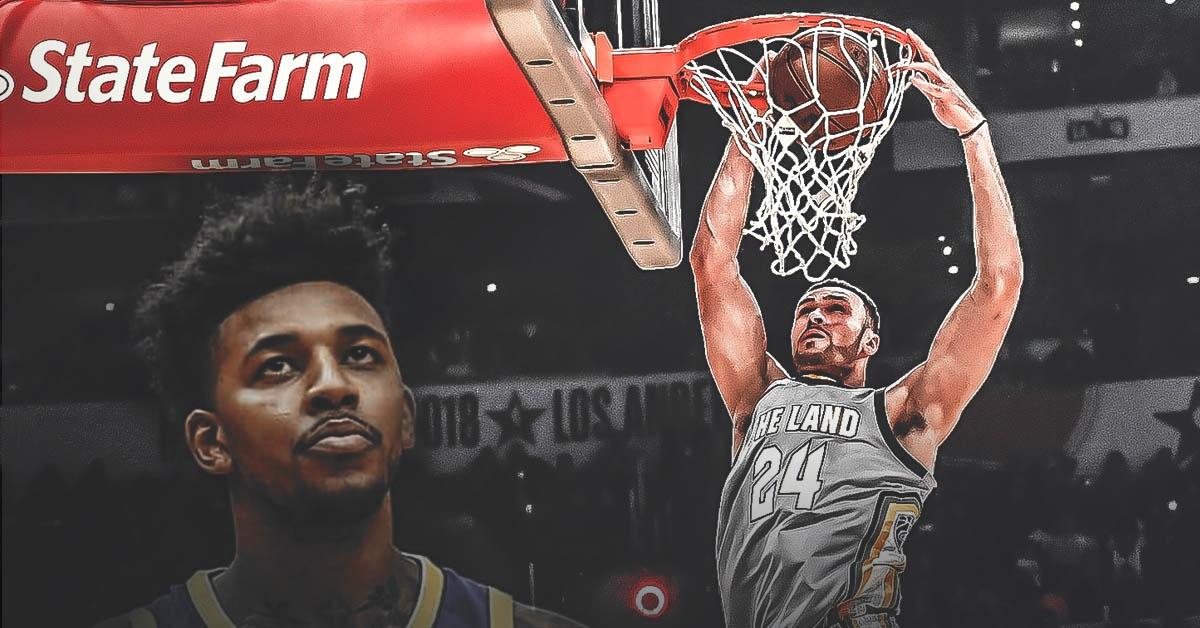 The Cleveland Cavaliers and the Golden State Warriors are very familiar with each other, and there are a few former Los Angeles Lakers playing in this series. With that being the case, there was some friendly trash talk going back and forth during the two teams’ media sessions on Wednesday.

Cavs forward Larry Nance Jr. has said before that he wanted to dunk on the Warriors’ Nick Young, and it’s no different going into Game 1 of the NBA Finals.

“You know what, like I’ve said, if he’s standing up under that rim, I will give a little extra boost to see if I can catch him, that would be a perfect ending. Nick is the type of guy if he scores on you, you are going to hear about it, so it’s going to go vise versa.”

Nance also went on to say that he isn’t a trash talker, so this is something new for him. When Nance was asked if he could jump over Young, the high-flyer said he didn’t know but he might try to this series.

NBA Finals Primer: Warriors, Cavaliers run it back for the fourth consecutive time

Ranking the top ten moments of the Cavaliers regular season

Nance didn’t get a ton of run during the beginning of the Cavaliers’ series with the Boston Celtics, but as the series went on he started to play more minutes.

In Game 7, with Kevin Love out with a concussion, Nance’s minutes actually went down playing only eight of them. It will be interesting to see how much run Tyronn Lue decides to give the Cavaliers’ big man in this series, but if he does play, he is going to try and put Swaggy P on a poster.