At this point in the season, it’s safe to say that the playoff hopes of the Cleveland Cavaliers are over. But Cavs head coach Larry Drew wants to do things right, starting off with more physicality and ball-movement from his first five.

As per Chris Fedor of cleveland.com, Drew complimented his second unit for its energy. However, the 60-year-old isn’t too keen about his starters. For him, they need to be more aggressive.

Constant movement and physicality are the little things that the wine and gold starting five should perfect:

“We have an energized bench and I love that about those guys, but our starters, we have to get more of an aggression out of them,” Drew said. “Have to be much more physical, much more aggressive and they have to move the basketball. When the ball sticks that’s when we get in trouble. With our team, margin for error is small. We have to accept that. We have to do all the little things because they sum up to be big things for our ball club and that’s just who we have to be.”

The Cavs have a 7-23 record as of this writing and have only won three of their last 10 games. With a long season to go and their playoff hopes down the drain, it seems that the only mission for the team is just to do things right. And it’s a good sign that Larry Drew and his staff continue to identify the problems that are hounding their team. 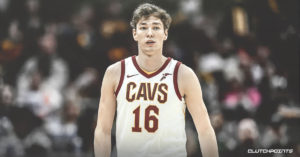 JUST IN: Cavs starting to wonder if Cedi Osman is better suited coming off the bench
Related TopicsCavaliersLarry Drew