The Cleveland Cavaliers and Larry Drew have a point guard dilemma on their hands. Collin Sexton has played well as a starter for the last four games as George Hill’s replacement. Drew spoke with Chris Fedor of Cleveland.com about his impending decision regarding his starting point guard.

“I think everybody wants to start, but everybody’s production as a starter is not very good. As a coach, what I try to do, I try to look at what a guy does as a starter versus what he does off the bench. Certainly, with G Hill out, Collin has definitely stepped up to the plate and made his presence felt and has made a major impact to what we’ve been doing.”

Sexton has played the best basketball of his short NBA career as a starter. In four games, Sexton is scoring 18.8 points per game on 48.4 percent shooting and a remarkable 70 percent shooting from deep. As a point guard, he needs to improve on his assists to turnover ratio, but nonetheless, he’s making it hard on Drew to make a decision.

“I’ll have to look at things, I’ll have to assess things and make a decision,” Drew said. “I’ll make that decision when George is ready to come back.”

The Cavaliers have a problem on their hands, but this happens to be one of those good problems. They have a rookie point guard who is coming into his own and a veteran point guard returning to the fold. 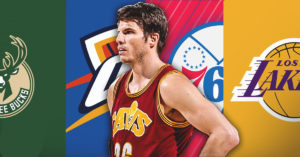