The last week has not been kind to Cleveland Cavaliers rookie point guard Collin Sexton.

After a pretty impressive start to the 2018-19 campaign, Sexton has seen his production tail off over the last week, with the floor general averaging just 10.0 points, 2.0 rebounds and 1.8 assists over his last four games, shooting 35.8 percent from the floor.

During this recent stretch, Sexton’s worst performance came in a loss to the Milwaukee Bucks back on Dec. 14, when he scored just five points off 2-of-11 shooting.

Cavaliers head coach Larry Drew is aware of the possibility that Sexton has indeed hit the well-known “rookie wall,” and he is ready to offer his help, according to Chris Fedor of cleveland.com:

“Could be,” said Drew when asked if Sexton has hit the rookie wall. “But if it is, I want him to learn to push through it. This is his first year, this is not an easy thing to do. Night in, night out going against elite guards, but that’s the NBA. Young players have to experience that and they have to go through it. If this is a time where he is hitting a wall, I’m here to help him get through it, both physically and mentally.”

The good news is that Sexton has plenty of time to adjust and get better, and it’s not like there is the added pressure of a playoff run, as the Cavs are far from a playoff contender in the Eastern Conference. 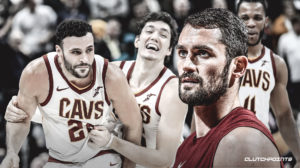