With Kevin Love out six-plus weeks due to left foot surgery, Cleveland Cavaliers interim head coach Larry Drew expects a team effort to step up with Love on the sidelines.

Larry Drew talked to Chris Fedor of Cleveland.com and the media before the game against the Charlotte Hornets, which unfortunately turned out to be another ugly loss.

“I’m looking for us to step up as a team,” Drew said. “I don’t think the way to tackle this is to try to pinpoint an individual as far as them trying to step up their game. As I told the guys, it’s not going to be everybody’s night every night. Will be some nights where it may be Rodney (Hood), one night it may be Cedi (Osman), another night it could be (Jordan) Clarkson, another night it could G Hill.

“We have to rally together and it’s going to take a total team effort to try to replace (him).”

The Cavs signed Love to a contract extension before the start of the season, a couple of months after LeBron James signed with the Los Angeles Lakers. The Cavs thought they could be competitive and try to get into the playoffs, but that has not been the case so far this season.

The Cavs are now 1-8 and already fired Tyronn Lue.

With Love out, the Cavs are going to need to find somebody to carry the offensive load and the rebounding. In the games Love has missed so far, we haven’t seen someone do that. 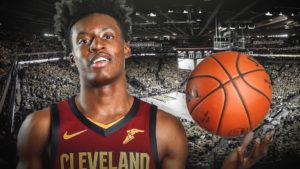