The Cleveland Cavaliers and LA Clippers have agreed to a deal that would send 24-year old forward Sam Dekker to the Cavs, per ESPN’s Adrian Wojnarowski.

The LA Clippers had 17 players on their roster, so a move of some sort was fully expected. The Clippers will get a trade exception from the Cavs out of this trade and trim their current roster down to 16 players.

Sides are still working through parameters, but it’s essentially Clippers clearing a roster spot and a chance for Dekker to get a better opportunity for minutes with Cavs. https://t.co/aIYRLW2rAo

After coming in with high expectations as a 23-year old entering his third season, Dekker had a dreadful year with the Clippers. He was a serviceable backup with the Houston Rockets in his second season (although he only played three games in his rookie year), but couldn’t get much of anything going in Los Angeles.

Dekker averaged just 4.2 points and 2.4 rebounds per game in 12 minutes of action. Although he was a solid 49.4 percent from the field (most of his shots came on cuts to the basket), he shot just 16.7 percent from beyond the arc (making 10-of-60 three-point attempts). This comes a year after he made 60 threes on 32.1 percent shooting from beyond the arc. 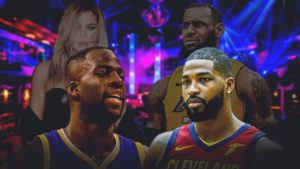