Cavs news: Kyrie Irving was not included in Carmelo Anthony talks with Knicks 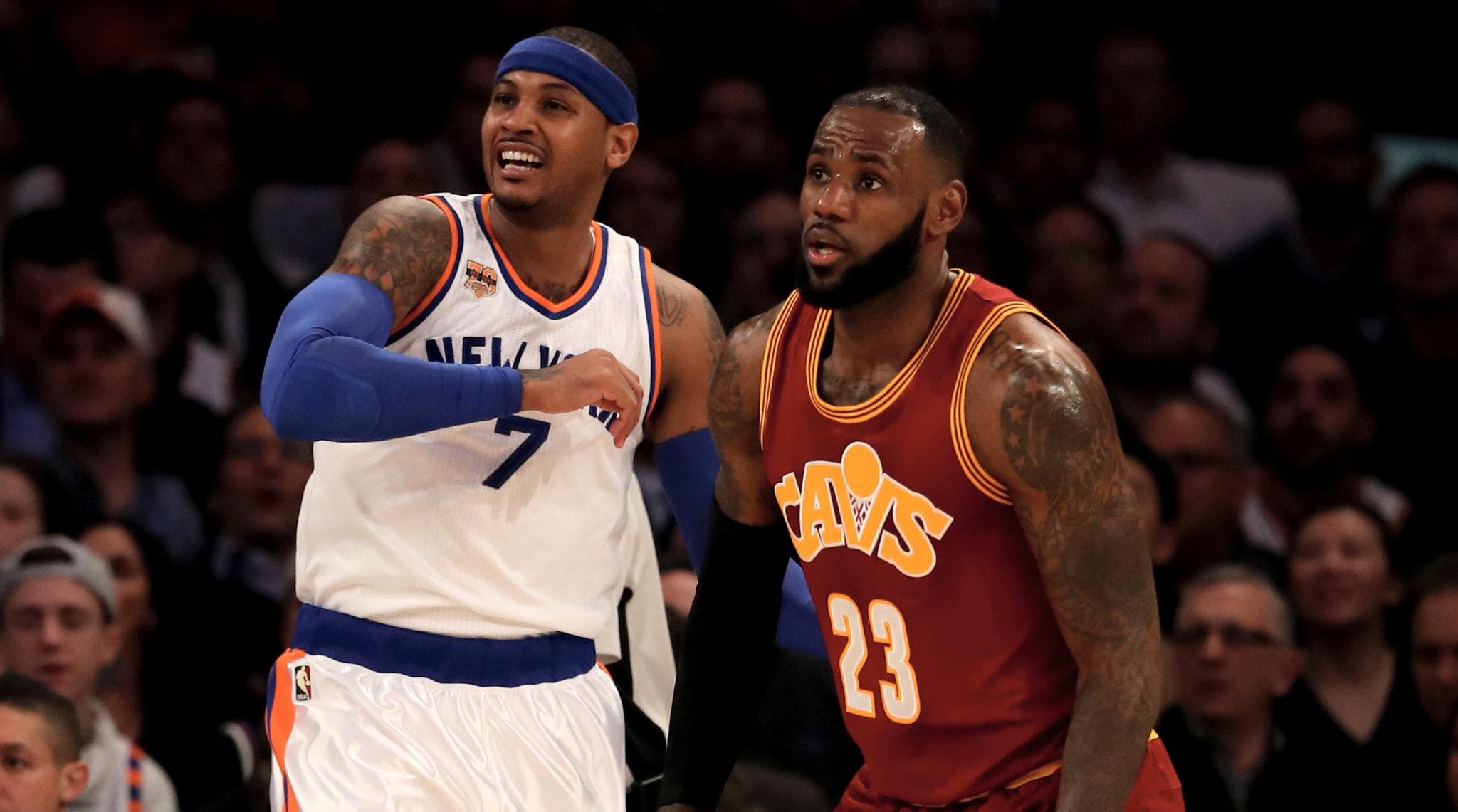 In wake of the Cleveland Cavaliers finally trading All-Star Kyrie Irving to the Boston Celtics, rumors are now surfacing about what the Cavs were offered for the point guard.

According to Marc Berman of the New York Post, the Cavaliers had no interesting including Carmelo Anthony in trade discussions for Irving with the New York Knicks.

When the Cavaliers talked to the Knicks about Kyrie Irving, Cleveland brass had no interest in discussing Carmelo Anthony. Kristaps Porzingis was their lone focus.

It should come as no surprise that Cleveland was targeting rising star big man Kristaps Porzingis as their primary target in trade talks. He is their lone attractive trade piece that the Cavaliers felt was near equal value to what Irving brings to the table.

That said, there are many ways that this could be spun as the lack of interest could be due to the lack of uncertainty that remains with LeBron James’ long-term commitment to the organization. There is also no guarantee that acquiring Anthony would work out well on the floor with James and help put them over the top against the Golden State Warriors.

This may have been another reason why the 10-time All-Star has made it clear to the Knicks that he would like to be traded to the Houston Rockets. It’s quite a complicated situation, but it’s evident that the Cavaliers no significant interest in bringing Anthony on board in exchange for Irving.