Cavs News: Kyrie Irving gets mad at teammate in pickup game for turning ball over 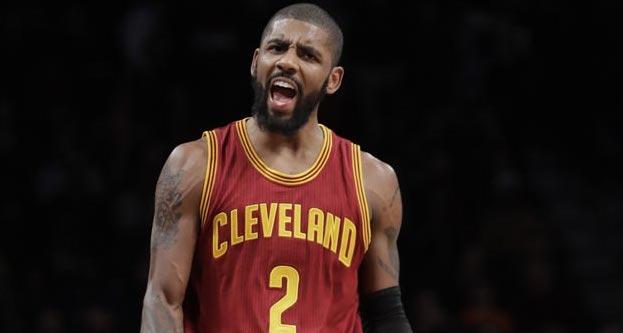 While the long search for a trade destination for Cleveland Cavaliers’ All-Star point guard Kyrie Irving is still underway, the 25-year-old is getting his first taste at being the “go-to guy” at a local pickup game.

As it turns out, Irving is reveling in this new facet of his NBA life, starting with accountability, seemingly upset with one of his teammates turning the ball over at the half-court line.

Twitter didn’t take long to troll the estranged ball-handling wizard, giving him a slight taste of his own medicine.

Kyrie likes being mad at bad teammates turning the ball over? Kyrie to Phoenix confirmed

Now he wants traded to a new pickup team

Taking his LBJ frustrations out on every day people … #petty

LeBron James has dealt with plenty of mishaps from Irving during their three-year run together, and as much as he dislikes playing alongside him, there are plenty of times when James has had to hold back his inner competitor for the greater good of chemistry.

It looks like Irving is still a ways away from achieving that type of mentality — one that will only come to him with experience and enough losses in a season to choose his battles wisely.