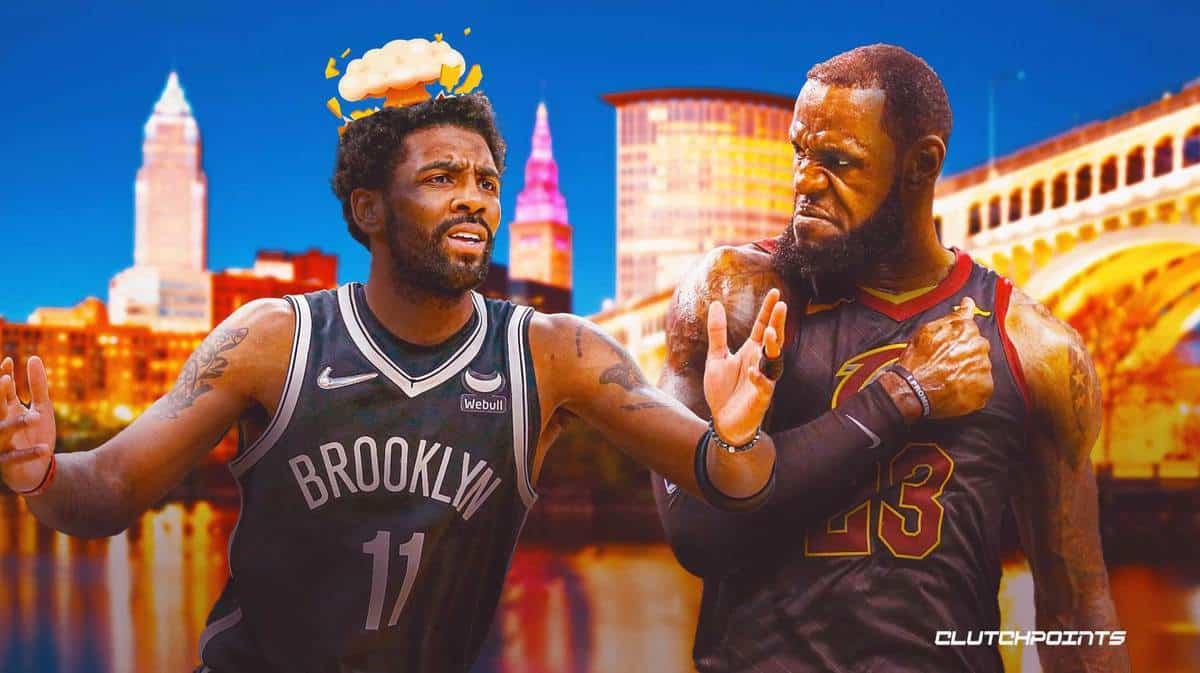 When Kyrie Irving arrived in Ohio, he joined a Cleveland Cavaliers franchise still reeling from the departure of unarguably their greatest player ever in LeBron James. So imagine the pressure on a then-19-year-old Kyrie who had no clue what he’s getting himself into.

The now-Brooklyn Nets star opened up about that chapter in his life, discussing “The Shop” the incredible pressure he experienced to fill in the shoes LeBron left in Cleveland. He wasn’t ready for the challenge at the time, especially with the added expectations that comes with being the no. 1 overall pick.

“Like playing with ‘Bron and playing with KD, these are two of the best to ever lace them up. But within our culture, they are two true icons, and I had to fill in those shoes that were very uncomfortable for me because at that point in my life, I didn’t know where I wanted to go,” Irving shared.

“I was watching the 30 for 30 on a decision. A year later I was drafted into that Cleveland emotional train of the prodigal son, Chosen One, has left. And here we have this 19-year-old kid–I’m 6’2″, I’m not jumping out of the gym. Emotionally I was dealing with things I had no idea [about], had nothing to do with me. Absolutely nothing. So when I took on that pressure as my own, I started feeling like, I got to bring Cleveland back to the promised land. That was a solo act.”

It’s hard not to feel for Kyrie Irving here. He was definitely put on a situation where he had little to no room to make mistakes, as the Cavs were looking for a “savior” who can help them get back to title contention. That challenge was put on the shoulders of a teenagers regardless of how heavy it is.

Irving thrived in Cleveland, but a lot of people criticized him for his inability to lead the Cavs to significant success. He was only able to win when LeBron came back, but perhaps that was also the reason why he wanted to prove he is his own man. He was never given the chance to make mistakes and learn, and he knew he couldn’t do it in the shadow of The King.

Whatever the case may be, Irving is still in search of his second ring. Here’s to hoping he can achieve that goal sooner rather than later.