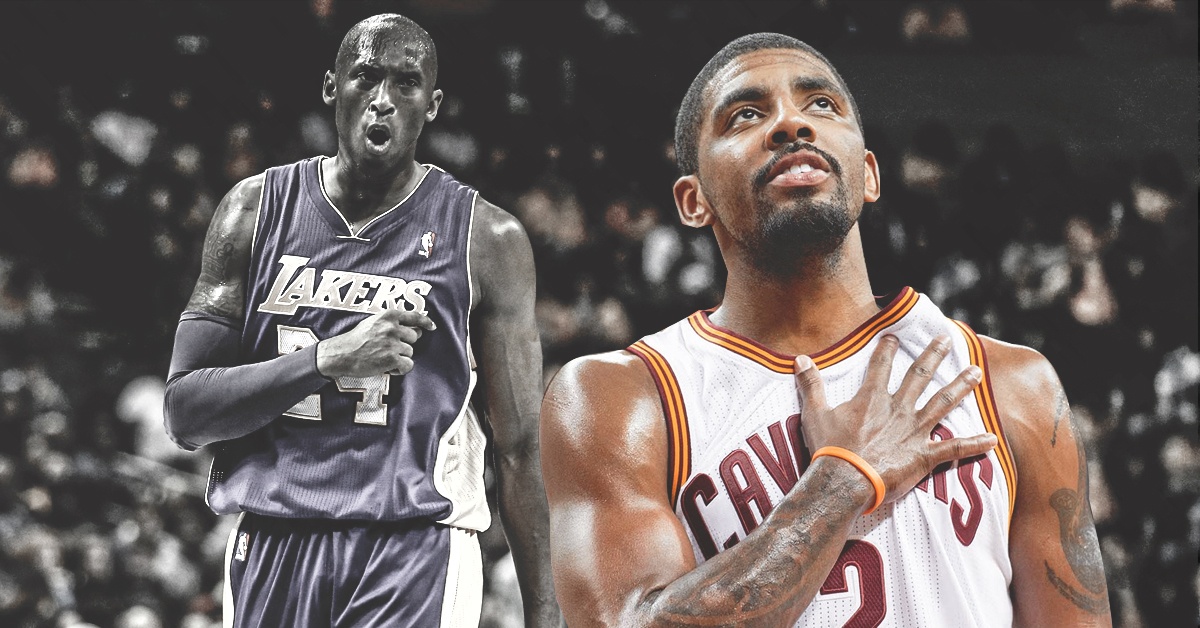 Bryant is one of Irving’s mentors.

Kobe Bryant says Kyrie Irving called him to say thanks for the advice and that what he told him worked.

“After Cleveland came back from that 3-1 deficit and beat Golden State, my phone rings and it’s a facetime call. It’s Kyrie. Kyrie’s in the locker room and celebrating and on facetime he says, ‘Dude! It worked. Your advice worked.’ “

Kyrie Irving and the Cavs made history in the 2016 Finals versus Golden State. Cleveland became the first team in NBA history to erase a 3-1 series deficit in the Finals.

Irving put on a show for the Cavs, averaging 27.1 points and 3.9 assists in the seven-game series while shooting 46.8 percent from the field and 40.5 percent from beyond the arc.

Irving, of course, requested a trade from the Wine and Gold in the summer of 2017. However, fans will always remember and be thankful for his performance in the 2016 Finals. It looks like those fans also have to thank Kobe Bryan for the advice he gave Kyrie. JUST IN: The Cavs’ last seven games will impact their next 15 years
Related TopicsCavaliersKobe BryantKyrie Irving