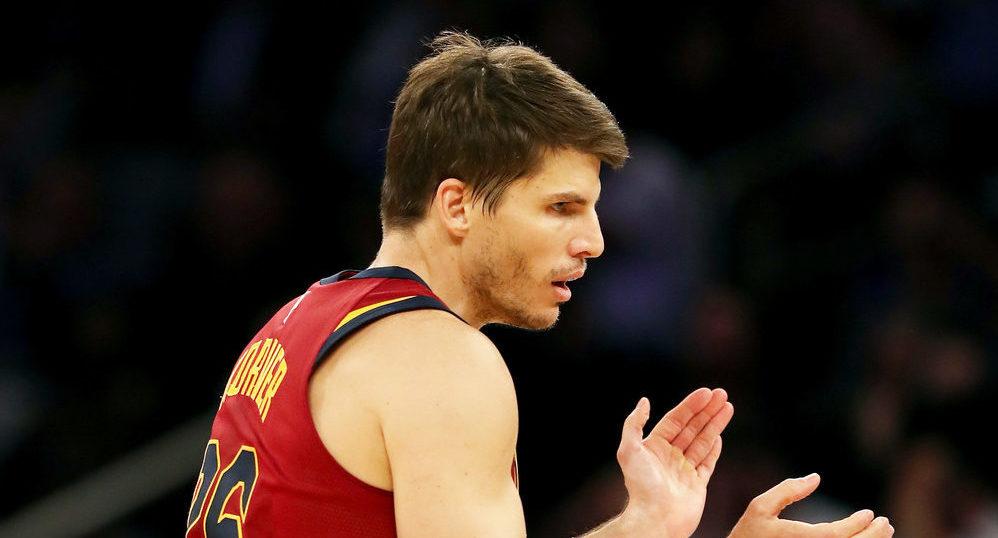 Cleveland Cavaliers sharpshooter Kyle Korver spoke to members of the media after Friday morning’s practice session at Cleveland Clinic Courts. During his presser, the former Creighton Blue Jay was asked how the Cavs, who are coming home for two games, might be able to climb out of their two-game deficit against the Boston Celtics in the Eastern Conference Finals.

“Play with a quicker pace,” Korver told FOX Sports Ohio’s Fred McLeod after Friday’s practice. “Make them make mistakes. If we play slow, they are just too good (defensively).”

Korver, who logged 21 minutes off the bench in Tuesday night’s 107-94 Game 2 loss, is right. The Cavs do need to play with pace against the Celtics. He’s also on the money about Boston’s defense — a scrappy unit that has held Cleveland to 83 and 94 points, respectively, through the first two games of this series. For the record, Korver recorded 11 points on 4-8 shooting (2-5 from downtown) and one rebound in Game 2.

The Celtics had six players reach double figures in scoring on Tuesday night, led by Jaylen Brown’s 23. The Cavs committed 15 turnovers, which led to 13 Boston points. For comparison, the Celtics turned the ball over just six times.

Saturday’s Game 3 matchup is set to tip inside Quicken Loans at 8:30 p.m. EST with ESPN having live broadcast coverage. Let’s see if the Cavs can change their current narrative.