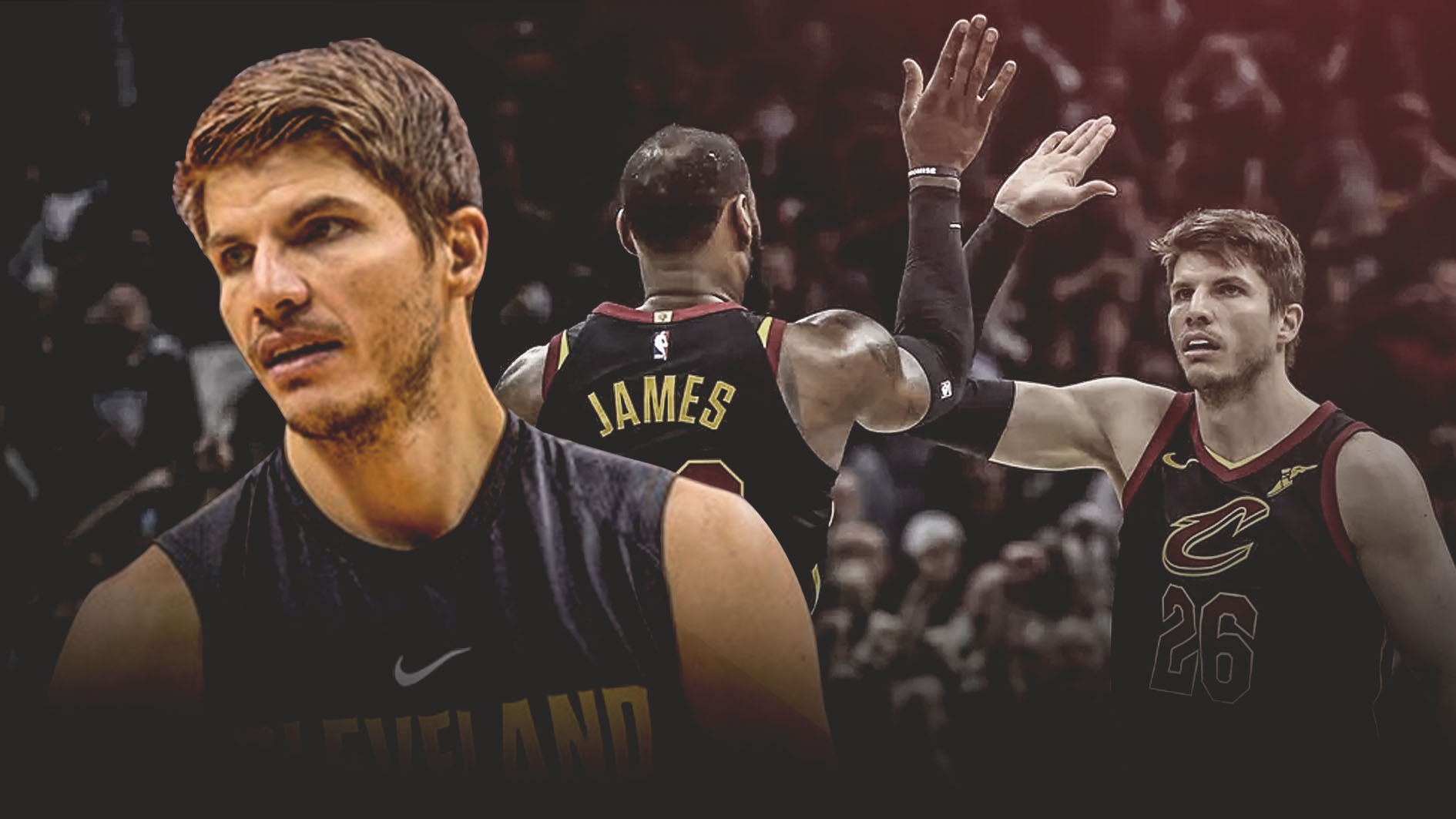 The Cavs have an interesting game ahead of them, as they’re scheduled to host LeBron James and the Los Angeles Lakers on Wednesday night. It will be James’ first appearance inside Quicken Loans Arena since he left for Hollywood over the summer, but Kyle Korver is still treating his former teammate like an old friend.

Korver and James were only teammates for a short time, but their chemistry on the court was evident. Often times, James would draw several defenders in penetration, then dish the rock out to Korver for one of his rapid-release three-pointers. Simply put, when both players were hot, they were hard to deal with.

Following Monday morning’s practice session, Korver joked that the Cavs already know most of James’ tendencies on the floor, so they don’t need to worry that much about their upcoming matchup against The Lake Show. With a wry smile, Korver noted that Cleveland will simply take those tendencies away.

#Cavaliers SF Kyle Korver joking about battling former teammate @KingJames and #Lakers on Wednesday @TheQArena: "We know all of his tendencies and we know how to take them away." #BeTheFight #NBA

Korver, now 37 years of age, is known as one of the best shooters the NBA has ever known. In fact, he’s currently ranked 4th on the NBA’s all-time three-point field goals made list, just behind Jason Terry, Reggie Miller and Ray Allen.

“His feet are always set and ready to go,” James told USA Today in April, referring to Korver’s shot. “His mechanics are the same. They never change. You can tell he’s put in that work over the years. True professional. Work ethic. He knows he’s an NBA player, and that’s been No. 1, No. 2 and No. 3 on his list every single year.”

Believe it or not, James — a player who most view as the best in today’s game — actually received a few shooting lessons from Korver in Cleveland. In fact, Korver has served as a shooting instructor of sorts for several of his teammates over the years.

Wednesday night’s Cavs-Lakers game is scheduled to tip inside The Q at 8:00 p.m. EST with ESPN having live broadcast coverage. JUST IN: Larry Nance Jr. is happy with Cavs despite the rough start
Related TopicsCavaliersKyle Korver