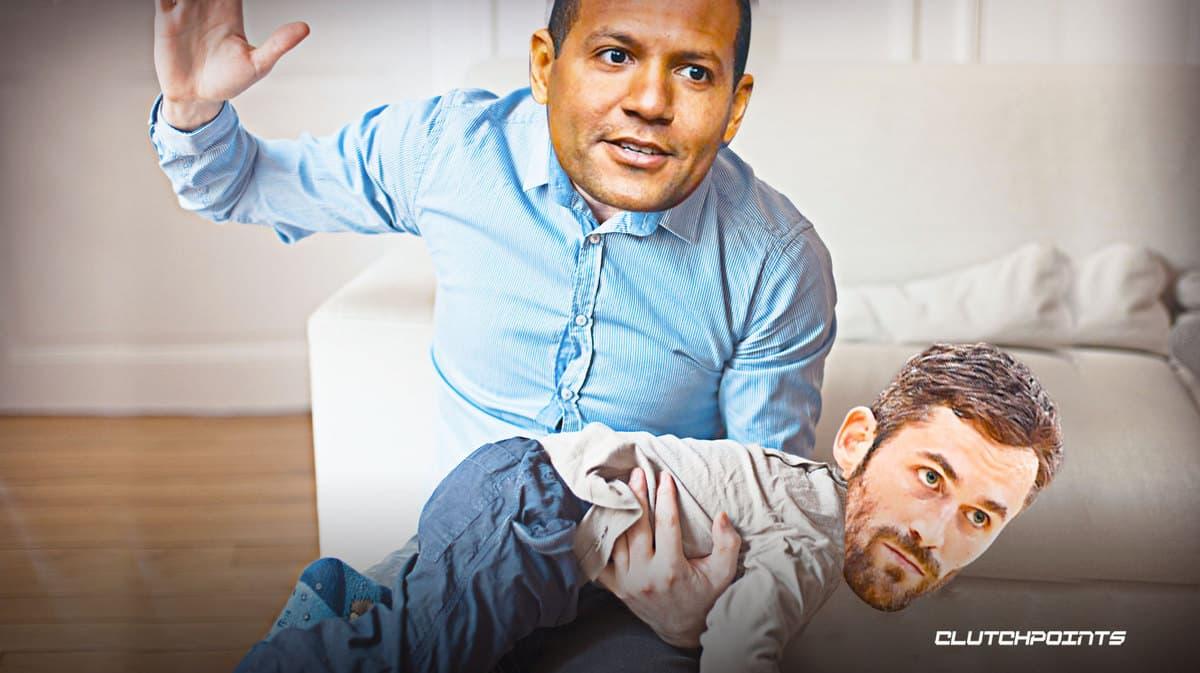 Love had a rough go of it in 2020-21 because of injuries and all the losing, and his frustrations boiled over during a brief temper tantrum against the Toronto Raptors toward the end of the season. If you somehow forgot what happened, Love swatted a pass from the official inbounds and then gave up on the ensuing play, allowing the Raptors to score easily.

Here’s that disaster in video form:

Love was allegedly actually frustrated with the officiating and wound up apologizing, with the Cavs working to quickly move past the debacle. There was never any sign of punishment, and Altman said Friday Love was “reprimanded internally,” according to Marla Ridenour of the Akron Beacon Journal.

Altman also praised Love and believes he can still help:

Altman: Kevin Love can help this team, creates a gravity to #Cavs offense. Feels he came back too soon even after the 40+ missed games. Mentions that this will be an important offseason for him to get healthy. Says Love is excited about the young talent, is frustrated by losing.

Altman says people don't see the vulnerability in Kevin Love with his #Cavs teammates after he's made his mistakes.

That seems to be that when it comes to this saga, but one obviously still must wonder how long Kevin Love is for Cleveland. Love has been involved in trade rumors seemingly ever since he signed that four-year, $120 million extension after the departure of LeBron James, but nobody wants to trade for him now as he has continued to decline as a player.

The Cavs will surely explore a Love trade again in the offseason. But if nothing presents itself, would they try to buy him out? We already saw Cleveland buy out Andre Drummond this past season, and the Detroit Pistons bought out Blake Griffin and his massive salary.