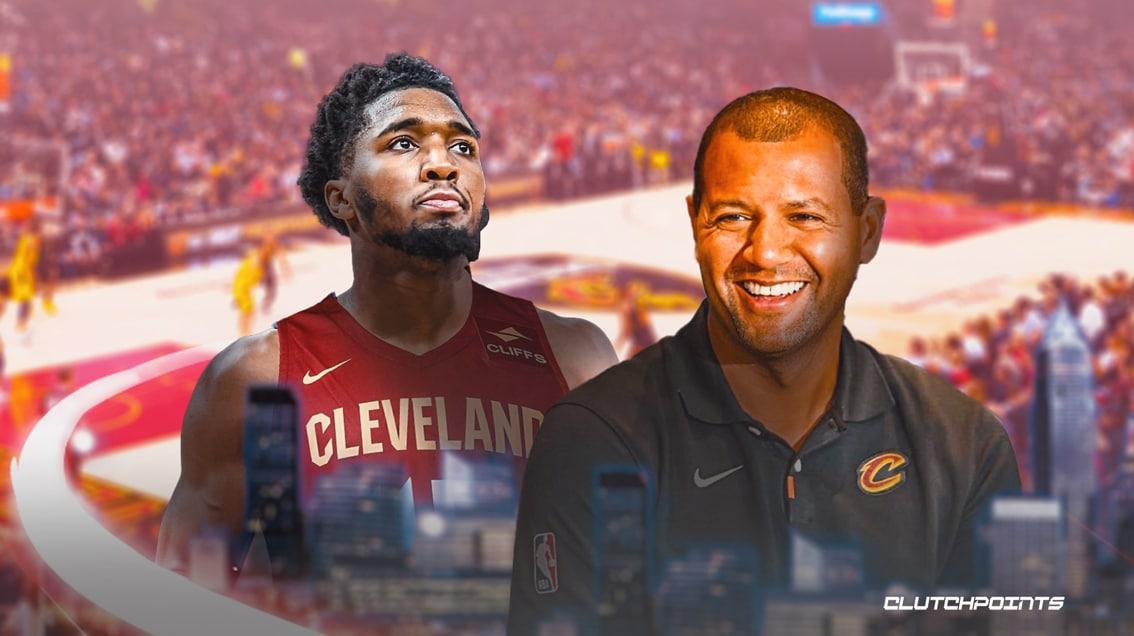 The Cleveland Cavaliers are suddenly a legitimate contender in the Eastern Conference after pulling off a blockbuster trade for star guard Donovan Mitchell recently. If you’re asking GM Koby Altman, this is also the biggest trade in Cavs history.

1. I vote for trade to get Brad Daugherty from Sixers as biggest.

2. And BEST trade in Cavs history was getting Mark Price for a second-round pick that later became … Jeff Hodge.

Amico might have a different opinion, but there is no question that going out and acquiring Mitchell is a massive deal. It’s easily the most notable trade of the offseason after Kevin Durant ultimately stayed put. And to be frank, absolutely nobody expected Cleveland to be in the mix for Spida. It came out of nowhere.

The Cavs already had an exciting young core consisting of Darius Garland, Evan Mobley, and Jarrett Allen. Add Donovan Mitchell to the mix and this starting five is downright scary. Putting Spida alongside Garland in the Cleveland backcourt should be a sight for sore eyes. That’s for sure.

Mitchell spoke to the media for the first time on Wednesday and showed nothing but excitement for this new adventure. He honestly expected to be moved to the New York Knicks after all the rumors but once it ended up being Cleveland, he was still ecstatic.  The sky is truly the limit for the Cavs heading into 2022-23, with four possible All-Stars.

Altman definitely has a point and let’s just hope Mitchell lives up to the hype. With the necessary pieces around him in Cleveland, perhaps he can help this team actually make a deep playoff run, which the SG struggled to do in Utah.