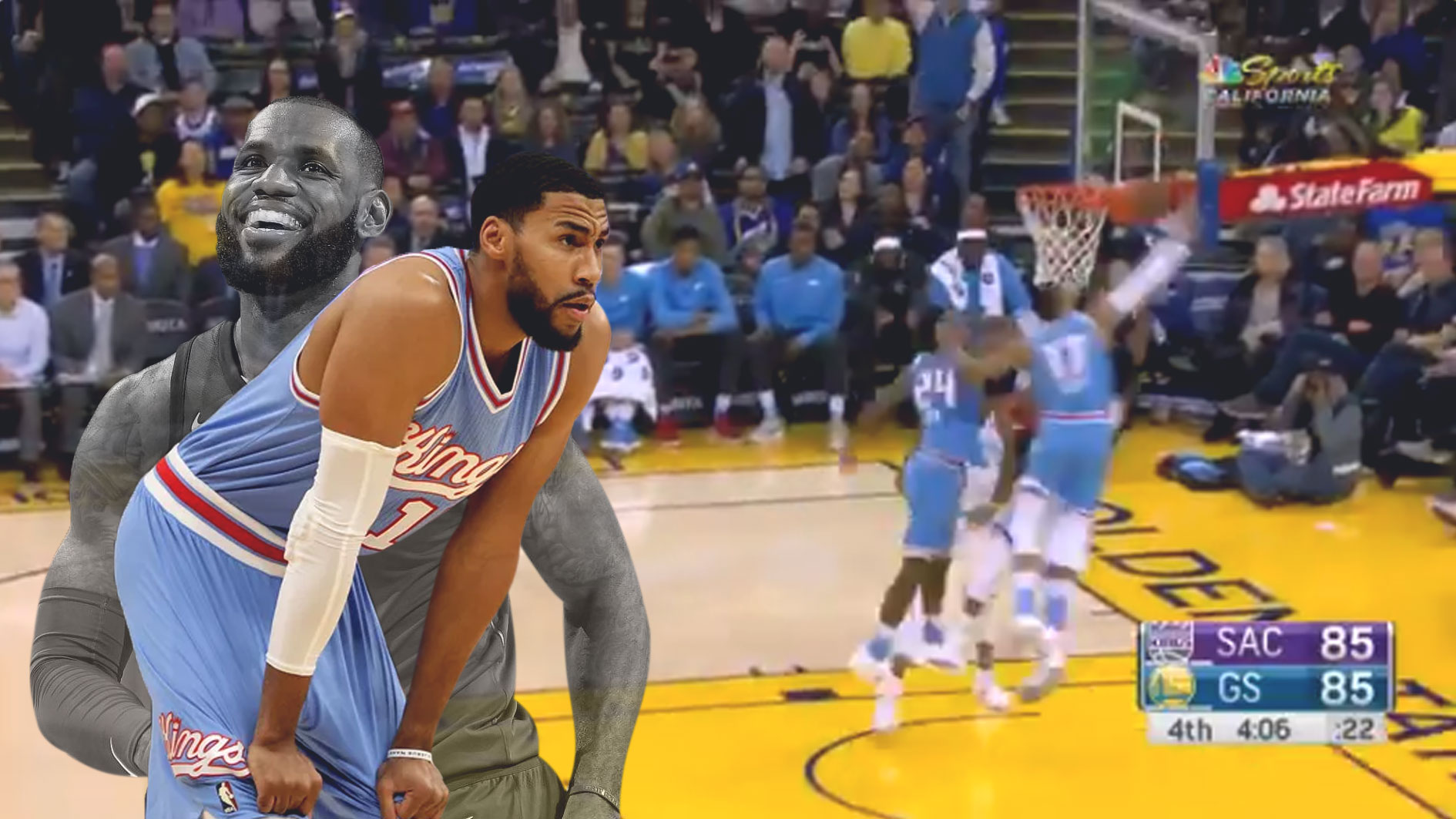 It’s Deja Vu all over again, so they say. It was a highlight for Cleveland Cavaliers fans the moment they saw it on live TV. Most, if not all, replayed it every time they saw fit. For Golden State Warriors fanatics, however, just the thought of LeBron James’ block on Andre Iguodala on Game 7 of the 2016 NBA finals gave them sleepless nights.

Out of the hundreds of plays in a basketball game, a good few make it on the highlight reel. LeBron James’ block on Iguodala will forever be on the reels of all-time great plays. The following defensive play by the Sacramento Kings on the Warriors might never be on the same level, but it’s still worth mentioning. Not just because it’s a superb play in itself, it might have also given Warriors fans the chills.

The video, posted via the Sacramento Kings Twitter account, showcases Garrett Temple with a chase down block:

This is probably in the top 2 all-time for chase down blocks at Oracle tbh pic.twitter.com/Jy7gZJ8bqv

It was one of the many Kings highlights that night. The best highlight of all was when they ended up with the win against the powerhouse Warriors.

Ladyluck was on the Kings’ side that night. Warriors superstars Stephen Curry, Kevin Durant, and Klay Thompson were sidelined with injuries. Per Brady Klopfer of the Golden State of Mind, the Kings were up against a team missing with 72.6 points a night.

They took down the Warriors, 93-98. The story may have been different if Durant and company would’ve played. But a win is still a win. The Kings, who sport a 23-47 record this season, might have secretly celebrated in their locker rooms as if they won a championship. JUST IN: How the Cavs can find a way to pair Damian Lillard with LeBron James
Related TopicsCavaliersLeBron JamesThunderWarriors