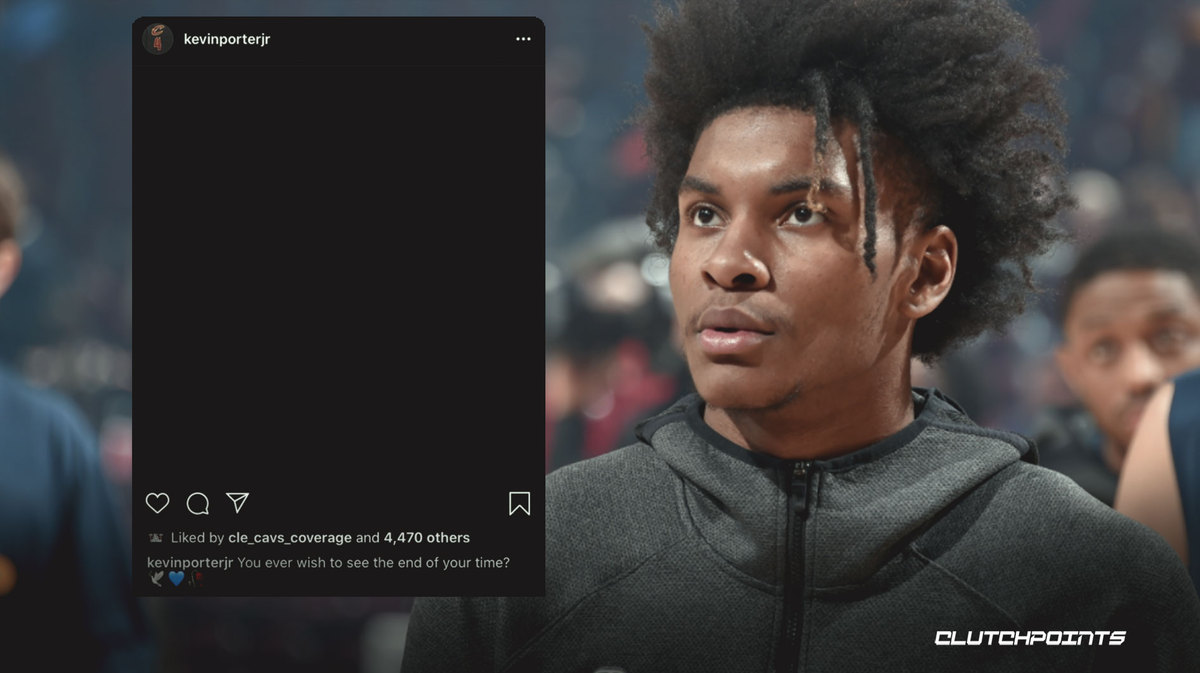 The 20-year-old guard, however, quickly dismissed notions that he was suicidal and even blamed the media for sensationalizing his cryptic tweet.

“Media is the [worst]. … appreciate you for the prayers & concerns but it ain’t that,” the former USC standout said. “I’m fine. Been thru my worse times already, can’t get worse than what I already been thru. Love & Thank you.”

Kevin Porter Jr.’s followers were alarmed upon seeing his latest blackout post with the disturbing caption: “You ever wish to see the end of your time?”.

Cavaliers GM Koby Altman and coach J.B. Bickerstaff reached out to their young guard upon hearing the news, per Chris Fedor of Cleveland.com.  Porter has deleted his Instagram account altogether shortly after.

The importance of mental health among professional athletes have been highlighted in recent years, with several high-profile NBA players opening up about their struggles. In fact, Porter’s veteran teammate Kevin Love has been one of the most vocal figures about the movement.

Porter Jr., meanwhile, is one of the youngest players in the league today. Adjusting to the fast-paced lifestyle of an NBA player can take its toll on everyone, especially for a kid coming off one-year of college.

Picked 30th overall by the Cavs in last year’s draft, Porter was visibly green in his first year in Cleveland. He did, however, showed glimpses of potential, particularly when he scored a career-best 30 markers in a regular-season game against the Houston Rockets back in February.

Porter Jr. averaged 10.0 points and 3.2 rebounds, and 2.2 assists in his rookie season. He is expected to be a crucial piece for the rebuilding Cavs for years to come.