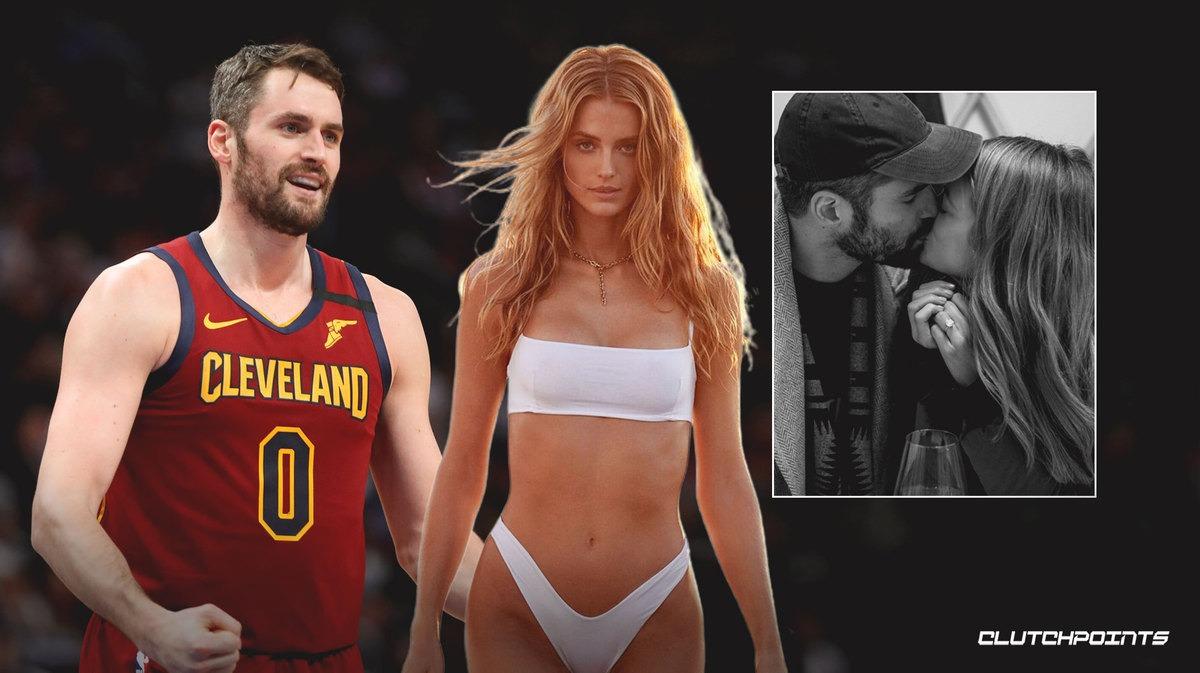 Over a week ago, on Jan. 31 to be exact, Cleveland Cavaliers star Kevin Love announced his engagement to long-time girlfriend Kate Bock on Instagram. Bock, who also celebrated her birthday when Love popped the question, likewise shared the news of the special occasion to her followers on social media.

In an exclusive interview with E! News, the 33-year-old Bock revealed the story behind the surprise proposal from the Cavs forward. Bock admitted she had no clue that Love was going to ask for her hand in marriage any time soon.

“I had no idea,” the entrepreneur, who celebrated her fifth anniversary with Love over the summer, said of his proposal. “I just figured it wouldn’t happen during the season, because usually we’re just pretty busy and we don’t get to do anything different. It wasn’t in my headspace at all that it was going to happen and it was my birthday so we were going for dinner and it was nice and we had a whole cute plan anyway.”

Nevertheless, Love, who signed a four-year contract extension with the Cavs back in 2018, pulled it off smoothly without anybody else knowing aside from Bock’s parents, of course. After the proposal, Bock revealed that she immediately called her parents, as Kevin Love formally introduced himself as the man that will marry their beloved daughter. They also shared the big news to a couple of their close friends, who were completely unaware of Love’s intentions.

“And he knew that they knew, so he was just so excited to finally be able to introduce me as his fiancée to my parents, which was very cute,” she recalled. “And then we each called our best friends, we both have like a best friend for life that have been with us forever and we each called them and they were both completely excited and surprised as we were.”

Such a sweet gesture from the gentle giant. Congratulations to Kevin Love and Kate Bock on their engagement!