Boston Celtics star point guard Kyrie Irving reveled to reporters on Wednesday that he called Los Angeles Lakers superstar LeBron James to apologize how he acted when James came back to Cleveland in 2014. Cleveland Cavaliers power forward Kevin Love was reportedly at dinner with LeBron in LA when Irving called.

The Atheltic’s Joe Vardon was the reporter who revealed that Love was with James when Irving called. Love told Vardon, “LeBron looked down at his phone and he showed us. He was like, ‘I wonder what he wants?’ I was having some vino and enjoying the night when LeBron showed me the call.”

That’s a direct quote from Kevin Love. However, the All-Star big man tweeted to Vardon on Thursday that he actually never saw LeBron James’ phone. The tweet, though, was deleted almost 45 minutes after it was posted:

Okay, I have no idea why #Cavs' forward Kevin Love deleted it, but this is what he said in response to @joevardon's story about the phone call between #Lakers' forward LeBron James and #Celtics guard Kyrie Irving. pic.twitter.com/xemV2H6YdF

Why would Kevin Love contradict his own quote, and then delete the tweet, though? Vardon’s story says Love was at the dinner table with LeBron, while Love’s deleted tweet says the call happened before he got there.

There seems to be some confusion here. Maybe Vardon transcribed Kevin Love’s quote wrong? Who knows what is really going on. One thing is certain, though: Cavs fans are in their feelings on Thursday, as they are reminiscing about their former Big Three and all the good times they had together. 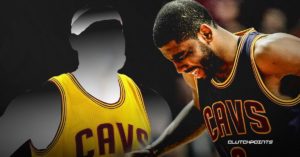