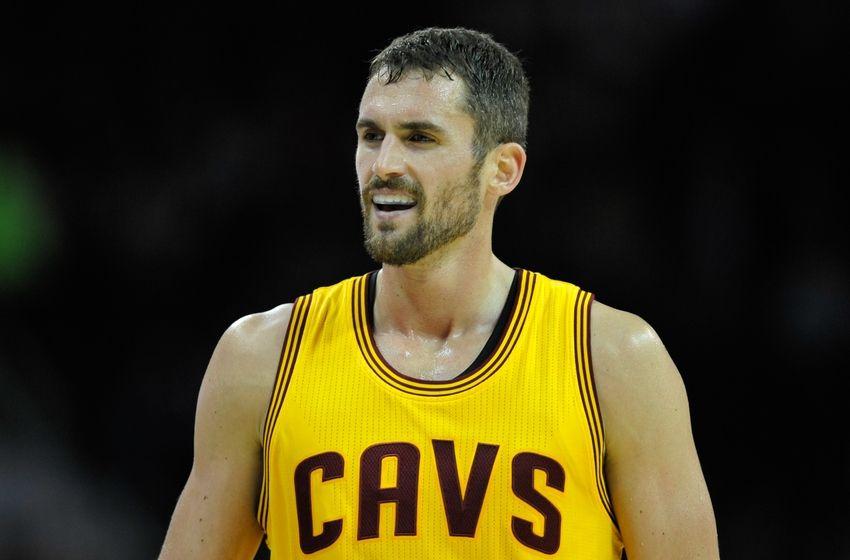 The NBA All-Star Game is upon us, the two teams are in the process of being picked, and Cleveland Cavaliers center Kevin Love has already said publicly with whom he wants to play when the teams are set.

Love, who was picked as an Eastern Conference All-Star reserve, took to Twitter and said he would love to play with someone from the Golden State Warriors, and his choice may surprise you.

Would be special to end up on the same All-Star team as @KlayThompson …our families have been friends for a long time. Crazy that it’s even a possibility. Just a thought!!!

There are so many layers here. The fact that Love and Klay Thompson are friends is pretty incredible. They must have played together or against each other at some point when they were young, before college. In that sense, the two playing together for the first time in the NBA would be cool.

The other layer — possibly the most interesting — is the fact that Thompson’s Warriors and Love’s Cavaliers are arch-rivals in the NBA. The two teams have met three years in a row in The Finals and may be headed for a fourth this season.

One would think that players of those teams won’t want to play on the same team — even if it’s in an exhibition that’s meant for the fans to see all the best basketball players in the world on one stage, but it appears Love is above that kind of pettiness.

Speaking of pettiness, Love’s desire just further proves the league should televise this draft. Just think of the reactions that Love and Thompson will show should they end up on the same team. It would be priceless.