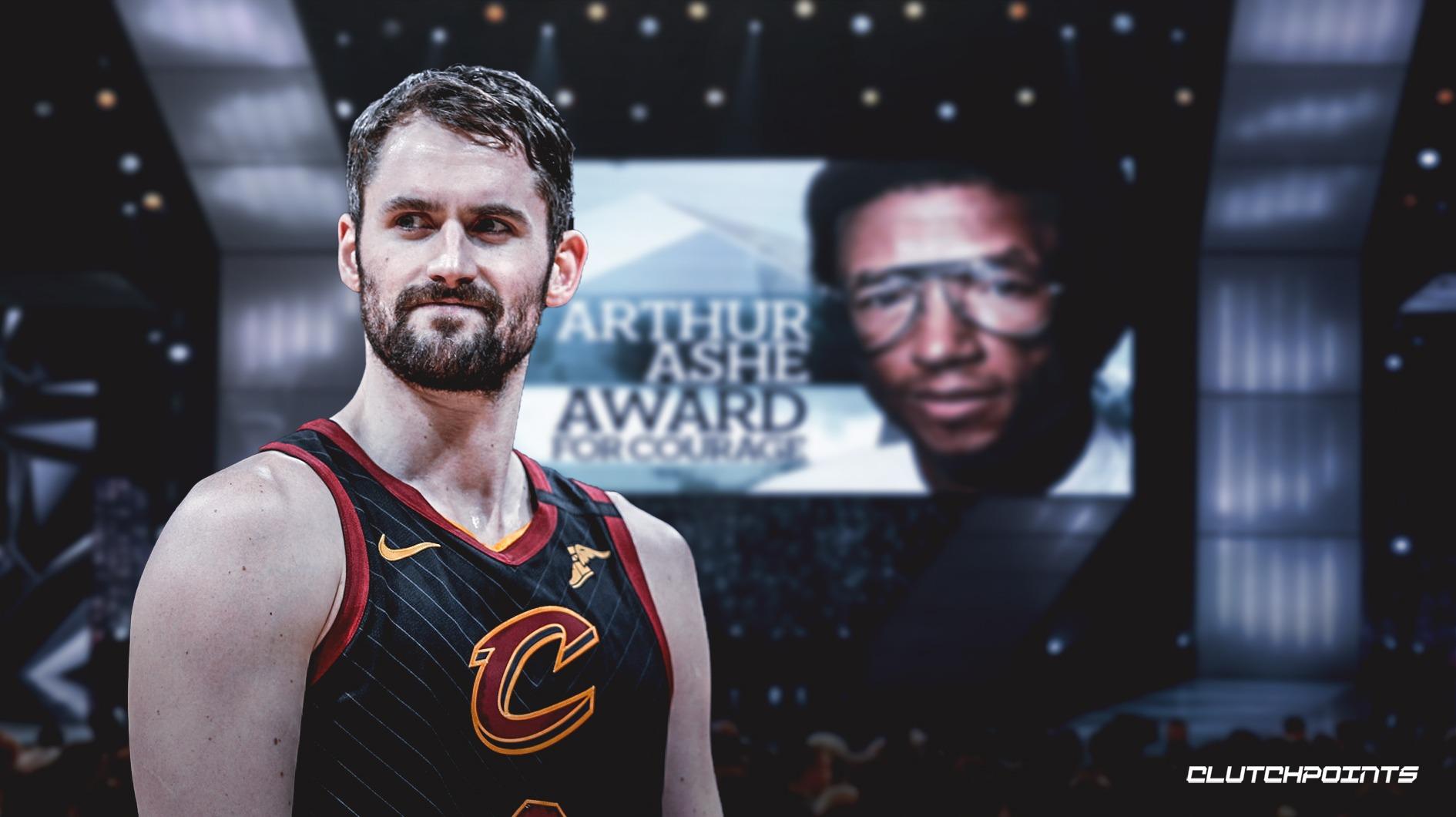 Kevin Love was one of the first NBA players to open up about his struggles with mental health. The Cleveland Cavaliers big man has carried that same spirit ever since his first-person essay titled, “Everyone Is Going Through Something” on The Players’ Tribune moved plenty of fans who now saw him through a different lens.

Love is slated to be the recipient of the Arthur Ashe Courage Award at Sunday’s 28th ESPY Awards show (9 p.m. ET, ESPN). The award, which is named after the all-time tennis great, is awarded to the person whose contributions transcend sports.

“While I thought that through pretty thoroughly, I had spoken to my agent (Jeff Schwartz), and he knows how these things go when people live their life in the open,” the Cavs vet told Jeff Zillgitt of USA TODAY Sports. “He totally got it and said, ‘You’re going to open up yourself to a lot of people. A lot of people will be talking about this, and people are going to recognize you for more than basketball. Are you sure you want this?’

“For me, I was done suffering. I was done compartmentalizing and putting it away. I wanted to reveal some things and heal it. As long as you can help just that one kid, it’s going to make all the difference.”

Much in the same way, Love wasn’t expecting to receive the award but has been incredibly appreciative of the company he will soon join as ESPN announces him as this year’s winner.

“I’m incredibly humbled by it,” said the Cavs forward. “It’s really a profound honor if you look back at that group of men and women who I admire. Billie Jean King, Muhammad Ali, Bill Russell, to name a few. It’s very, very humbling to see my name next to those. I just feel like I have so much more work to do. Those are people who put in a lifetime of work. With my name next to theirs, I have an obligation and opportunity to make a lot of change in the world of mental health.”

Love is changing the game with more than his play. His legacy as one of the more outspoken players when it comes to mental health will live on with this award, as well as with the faith of his peers.