Kevin Love was made aware of position change by LeBron James 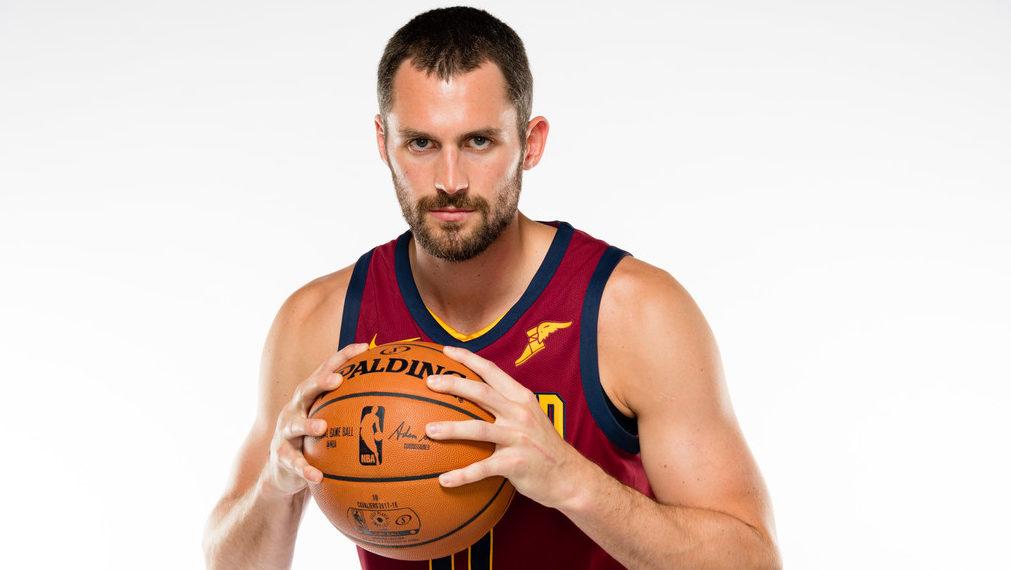 Just before the start of the 2017 NBA Preseason, Cleveland Cavaliers head coach Tyronn Lue decided to slide Kevin Love to the starting center position, which bumped Tristan Thompson to a reserve role. Prior to coach Lue officially announcing the lineup change to his team, Love says LeBron James gave him the inside scoop on what was to come.

Via Dave McMenamin of ESPN and abcnews.com:

“I guess it wasn’t really presented in the first place,” Love said in an interview with ESPN before Tuesday’s 108-94 preseason loss to the Chicago Bulls. “I knew there was a possibility that I may or may not be playing more of the 5.

“But a funny thing happened the third day of practice,” Love said with a smile. “I had asked about a certain play on the defensive end and whether it was the different coverages on the 4 or 5 man, and ‘Bron kind of stopped me and goes, ‘You know you’re gonna be starting at the 5, right?’

“So I kind of looked at him and didn’t really fully understand that was going to be the case. Not that I would have trained or done anything different. I just would have started wrapping my head around it more. So that’s when I kind of knew that was coming into play, and I slowly and surely started to pick it up.”

Love, a player known for his relentless hunger for rebounds and outlet passes, should give opposing 5’s headaches with his ability to space the floor and run in transition. In his 60 games played for the Cavs last season (at power forward), the former UCLA Bruin standout averaged 19.0 points on 43 percent shooting from the field, 11.1 rebounds, 1.9 assists, and just under one steal (.9) in 31.4 minutes per contest.

In Tuesday’s loss to the Bulls, Love turned in just three points on 1-for-12 shooting from the field. However, he also brought down 11 rebounds.

“Didn’t make much of it at all,” Love said. “Preseason. A lot of bad stuff out there. It looked ugly, but we’re fine. … We’ll look at some stuff, clean it up. As long as we play hard, good things will happen.”

While it is unclear exactly how this coaching decision will play out, there is no doubt that Love will be doing everything in his power to perform well his new position.