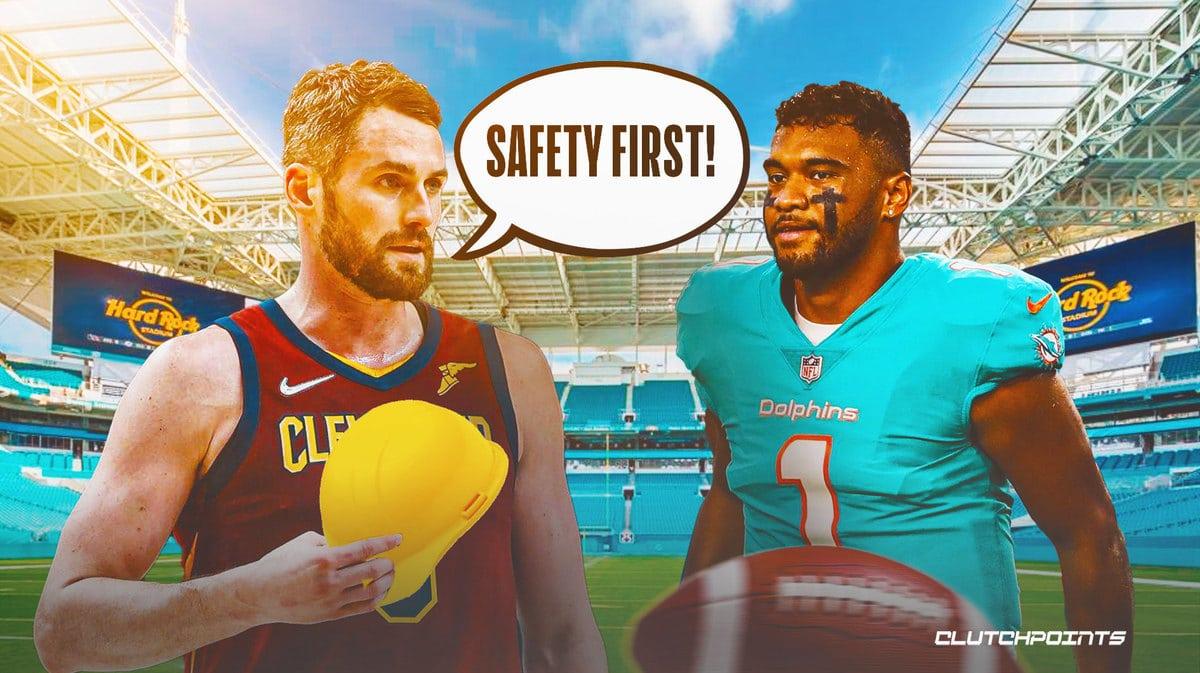 Tua Tagovailoa’s concussion last week became the talk of the sports world for all the wrong reasons. After exhibiting signs of serious head trauma four days prior, the Miami Dolphins quarterback hit his head on the turf, triggering a scarier concussion. The aftermath of that injury started discussion about concussion protocols, a discussion that Cleveland Cavaliers forward Kevin Love joined it recently.

In an appearance on ESPN, Kevin Love was asked about Tua Tagovailoa’s concussion and about how it was handled. The Cavs forward then recalled a similar concussion incident involving him, before firmly stating that the player’s health should come first. (via ClutchPoints)

“I think it’s more long-term than it is the short-term… The right answer for me is to always protect the athlete and just put them first.”

"I think it's more long-term than it is the short-term… The right answer for me is to always protect the athlete and just put them first."@kevinlove keeping it 💯 on protecting athletes throughout sports when it comes to concussionspic.twitter.com/40kQWwKnzU

Love is referencing an incident in the 2016 NBA Finals between the Cavs and the Golden State Warriors. In Game 2 of that series, Love took an inadvertent elbow from Harrison Barnes late in the first half. The forward was able to return to the game and even hit a three-pointer. However, he was immediately pulled in the second half after exhibiting signs of a concussion. He would miss Game 3 due to the concussion protocol, but was back in time for Game 4.

Love’s concussion anecdote highlights one of the biggest oversights that the Dolphins did regarding the injury to Tua Tagovailoa. In the clip above, Love mentioned that he insisted to the Cavs’ training staff that he did not have a concussion. Then-head coach Tyronn Lue also told reporters that the forward did not report any concussion symptoms, but immediately took him out after noticing he seemed a bit off.

That scenario from the Cavs’ Finals run is likely what also happened during the Dolphins’ Week 3 and 4 games. Tua, like Kevin Love and other athletes, wanted to play on despite the injury. The onus should’ve been on the team to hold their player back when it was clear that he wasn’t okay.