Kevin Love’s status for Game 7 hangs in the air 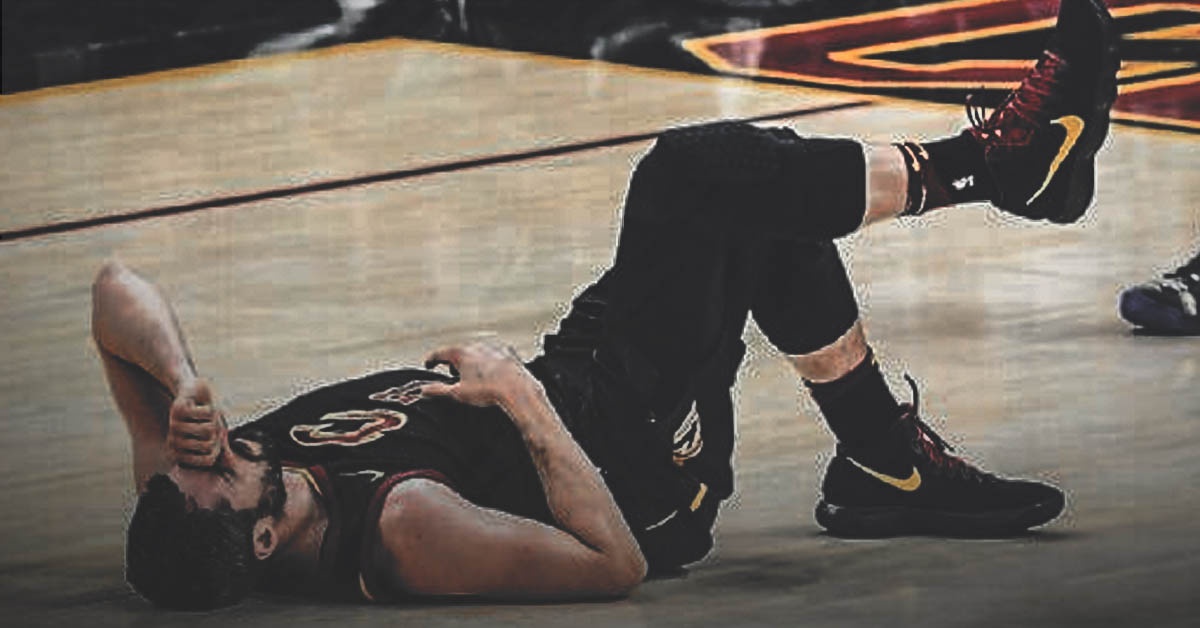 The Cleveland Cavaliers live another day. However, the Cavs aren’t sure if they’ll be complete come Sunday night after Kevin Love suffered a concussion in early in the game.

In the unfortunate sequence, Love collided with Boston Celtics rookie Jayson Tatum where the former got the worse end of the literal head-to-head. Love was taken out of the game for good, playing only five minutes and notching five rebounds while laying a goose egg in the scoring department.

After the game, Love commented on his status for Game 7, via Jason Lloyd of The Athletic.

Saw Kevin Love on his way out of the arena. Sounds like we’ll have more answers tomorrow. He has more tests to pass before he can be cleared to play. As for his status for Sunday: “Toss-up,” he said.

Love has been very solid off the glass for the Cavs, averaging 9.8 caroms per contest in the Eastern Conference Finals. Without his presence, head coach Tyronn Lue would have to rely more on Jeff Green and Larry Nance Jr. to log extra minutes as they cover for their fallen comrade.

Based on what had transpired in Game 6, the Cavs should be in decent shape with Green and Nance. Both were part of the bench mob that sparked a Cleveland run in the second quarter, to which they never looked back. Green played well on both ends, blocking shots and punishing mismatches at the post. Meanwhile, Nance was every everywhere, providing much-needed energy that Lue had him playing over starting center Tristan Thompson in the fourth quarter.

Game 7 will be played Sunday at TD Garden in Boston, where the Celtics have been invincible this postseason. JUST IN: Even LeBron James son is impressed at his tough shots
Related TopicsCavaliersKevin Love