Kevin Love and many NBA players are waiting to get the word for a potential restart to this halted 2019-20 season. The Cavs forward is aware it might be a while before good old Spalding is bouncing back on that NBA hardwood, but he has an idea of how the league might go about it.

“I would see a situation where, because guys might come in a little out of shape and they don’t know how to get through this time because it is new, they will then have like a two-week training camp, play 10 games and it will go into some sort of a playoff scenario,” Love said during an appearance on the Daily Social Distancing Show with Trevor Noah late Tuesday night. “I don’t know if they will play seven games or a five-game series that we haven’t seen in such a long time and then have The Finals. I think because we have so many of these sports taken away from us that the ratings will be incredibly high. In basketball, it will be anybody’s game, anybody’s championship. As a fan myself, they will be fun to watch.”

The league would need to give players a chance to return to their practice facilities and get some work in before resuming play. However, two weeks of training camp and 10 games to finish out the regular season is a bit ambitious, considering many teams had roughly 17-20 games left.

The NBA will have to move quickly into a postseason shortly after resuming play and might need to even make series shorter if it hopes to keep the same model. Playing a regular playoff schedule would force the league to a later start to the NBA Draft, free agency, and even a shortened offseason — all factors that could alter when the 2020-21 season will start.

While the Cavs won’t be involved in the playoffs, they’ll still be greatly affected by whatever does happen. 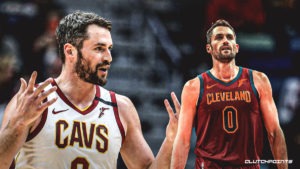