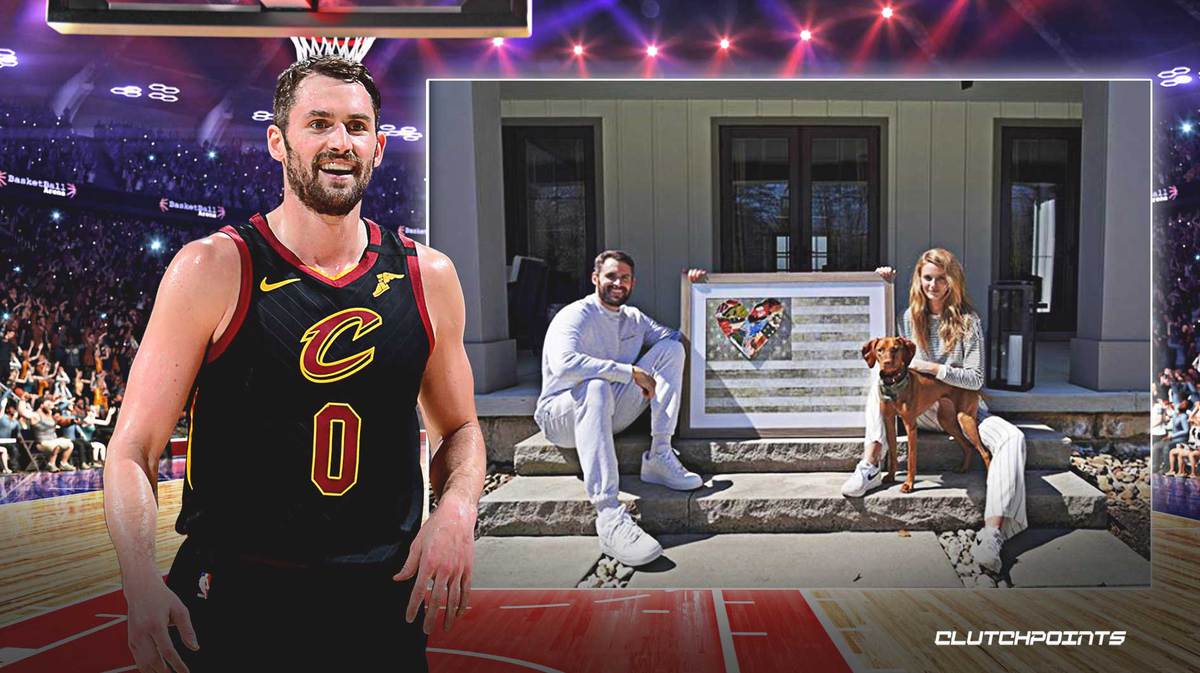 Cavs forward Kevin Love sent out a heartfelt “thank you” message to those who are facing the coronavirus pandemic head on, including healthcare workers and first responders.

“I want to say THANK YOU to all of the frontline workers, healthcare heroes and first responders out there, working tirelessly every single day to ensure our safety and battle this common enemy,” Love wrote in his Instagram post. “We are forever grateful for your service during these scary and uncertain times.”

I want to say THANK YOU to all of the frontline workers, healthcare heroes and first responders out there, working tirelessly every single day to ensure our safety and battle this common enemy. We are forever grateful for your service during these scary and uncertain times. Recently, I was inspired by @loweshomeimprovement #BuildThanks campaign, to work on a DIY project with items we had at home to create a thank you message to hang outside our home and show solidarity. Even though we are all separated right now, it's important – now more so than ever – to support each other and appreciate those who are keeping us safe. And I encourage all of you to please #stayathome, help our healthcare system, and flatten the curve. #LowesPartner (thanks to @loweshomeimprovement for making a generous donation to the @kevinlovefund – which will go directly to helping teens improve both their physical and mental health, which is extremely important during a time like this, especially when students are uprooted from school and routine).

The NBA decided to suspend the 2019-20 regular season in mid-March due to ongoing concerns surrounding COVID-19. Utah Jazz big man Rudy Gobert became the league’s first confirmed case. His teammate, Donovan Mitchell, tested positive shortly after. Since then, several other players and staffers have contracted the virus.

At 19-46 overall, Love and the Cavs were already of of the playoff hunt. Despite this fact, the team was showing signs of improvement under J.B. Bickerstaff, who was elevated to head coach after John Beilein’s decision to step down from the position earlier in the season. Cleveland has went 5-6 under Bickerstaff thus far, and the players seem to be buying in to his philosophies.

At this point, it’s not clear When (or if) this campaign will resume. Some, including Mavs owner Mark Cuban, have speculated that games might be played later this year. Ultimately, though, Cuban knows that doctors and health officials will have the final say JUST IN: CJ McCollum praises Kevin Love for paying for arena workers when it was ‘not his responsibility’
Related TopicsCavaliersKevin Love