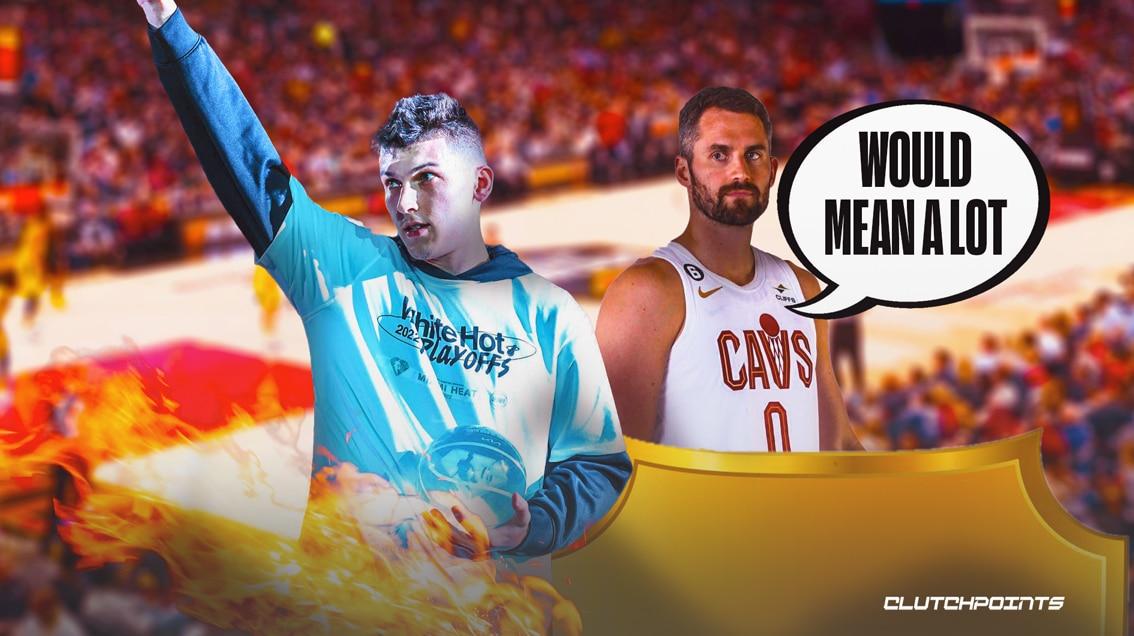 The Cleveland Cavaliers are young, exciting, and hungry for success. While they have a promising core that is mostly around 25 years old or younger, there are some veterans on this roster like Kevin Love, who embraced a new role last season off the bench and ultimately finished as runner-up to Miami Heat guard Tyler Herro in the Sixth Man of the Year race.

Heading into 2022-23, Love has his sights set on winning the award and discussed just how special it would be to capture it with this group.

Via Spencer Davies:“Yeah, I got close. But I mean, Tyler Herro was an All-Star off the bench last year so I wasn’t mad at being runner-up to him, he was more than deserving, but it would definitely mean a lot winning it with this group right here,” Kevin Love said.

“I was able to take on a different role last year and still be really efficient, be really effective, be a big part of this group. Whether I’m a sixth, seventh, or eighth man, I’m gonna be able to earn my spot and my minutes and just have a similar impact as I did last season.”

Kevin Love gives his props to Tyler Herro on his Sixth Man of the Year season in Miami and shares what it'd mean to win the award in 2022-23 with the #Cavs. @basketbllnewspic.twitter.com/24088QtnR9

Love never came off the bench in his career until last season, but he transitioned nicely, averaging 13.6 points and 7.2 rebounds in 74 games while shooting a sharp 39% from 3-point land. There is no question that winning Sixth Man of the Year will be a tough task for him with so many quality youngsters across the league, but the goal is set.

Most importantly though, Kevin Love just wants to make his presence felt and hopefully help Cleveland make a deep playoff run.With an electric backcourt of Donovan Mitchell and Darius Garland plus the twin towers of Evan Mobley and Jarrett Allen, the sky is truly the limit for the Cavs.