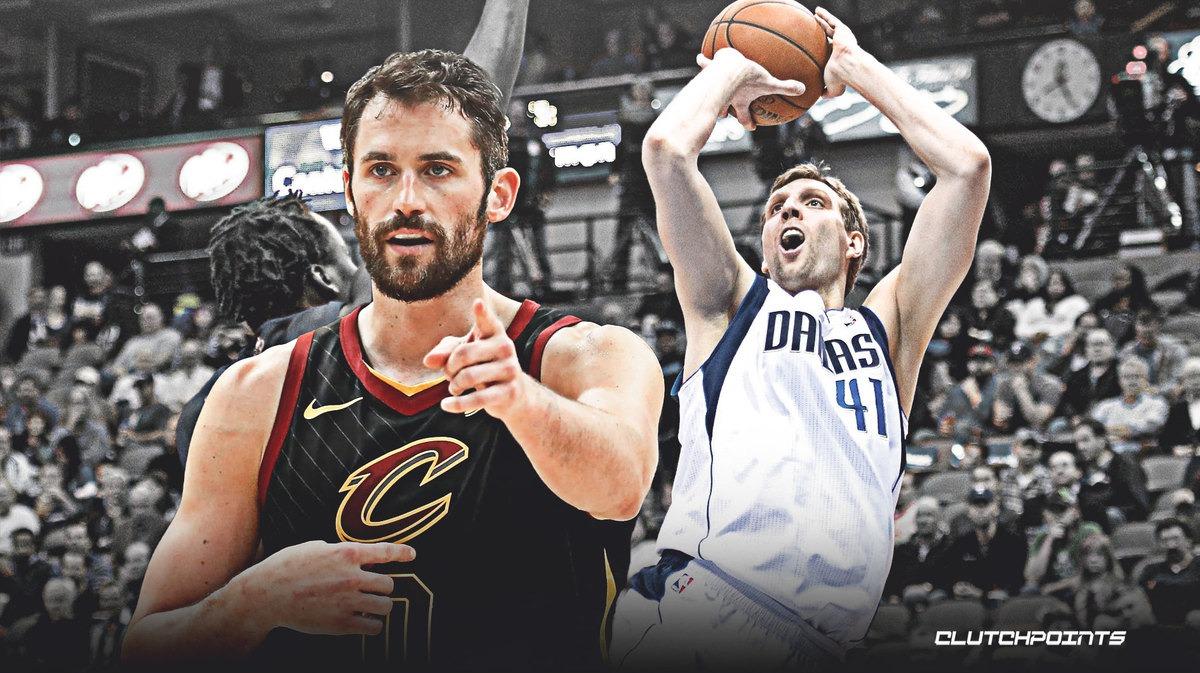 As far as being able to stretch the floor at the four position goes, Cleveland Cavaliers power forward Kevin Love does possess similarities with retired Dallas Mavericks icon Dirk Nowitzki.

On Friday, Love sat down with TNT’s Ernie Johnson and shared how his father, Stan Love, urged him to study and pattern his game to the Mavs great.

The elder Love played for three NBA teams in the ’70s and also possessed a sweet stroke for his position as a big. The Cavs big man bared how his father was indeed ahead of his time and already knew where the game was heading even before pace and space became a thing.

“He really looked at Dirk and he said ‘This is the guy that you need to watch.’ If anybody had a profound impact on my career and being able to extend my game and play inside-out. Be that stretch-4 man, and see where the game has gone now with pace and space and small ball. He had an idea of bigs stepping out and using their shots to their advantage,” shared Kevin Love, who one the NBA championship with  the Cavs in 2016.

“He really looked at Dirk and said, ‘this is the guy you need to watch.’”@kevinlove touches on how his father wanted him to model his game after Mavericks' legend, @swish41 on #NBATogetherpic.twitter.com/Fo3ILcwHEV

Before being traded to the Cavs in 2014, Love started out as the typical bruising 4-man in his early years with the Minnesota Timberwolves. After all, he has always been a strong rebounder even during his one-and-done collegiate year with the UCLA Bruins.

He blossomed into a legitimate star once he embraced stepping outside the paint and drawing out defenders with his shooting akin to what Dirk did in his heyday with the Mavs. He fulfilled that stretch-4 role full time when he joined the Cavs and paired up with LeBron James and Kyrie Irving.

Love now credits Nowitzki for giving modern era bigs like him the blueprint to success. He also casually brought up how Nowitzki and himself are the only true power forwards to ever win a 3-point shootout title.

Now on his 12th season in the NBA, Love continues to be money from deep, knocking down 37.4 percent of his treys while averaging 17.6 points and 9.8 rebounds in 56 games for the Cavs before the 2019-20 season was suspended.