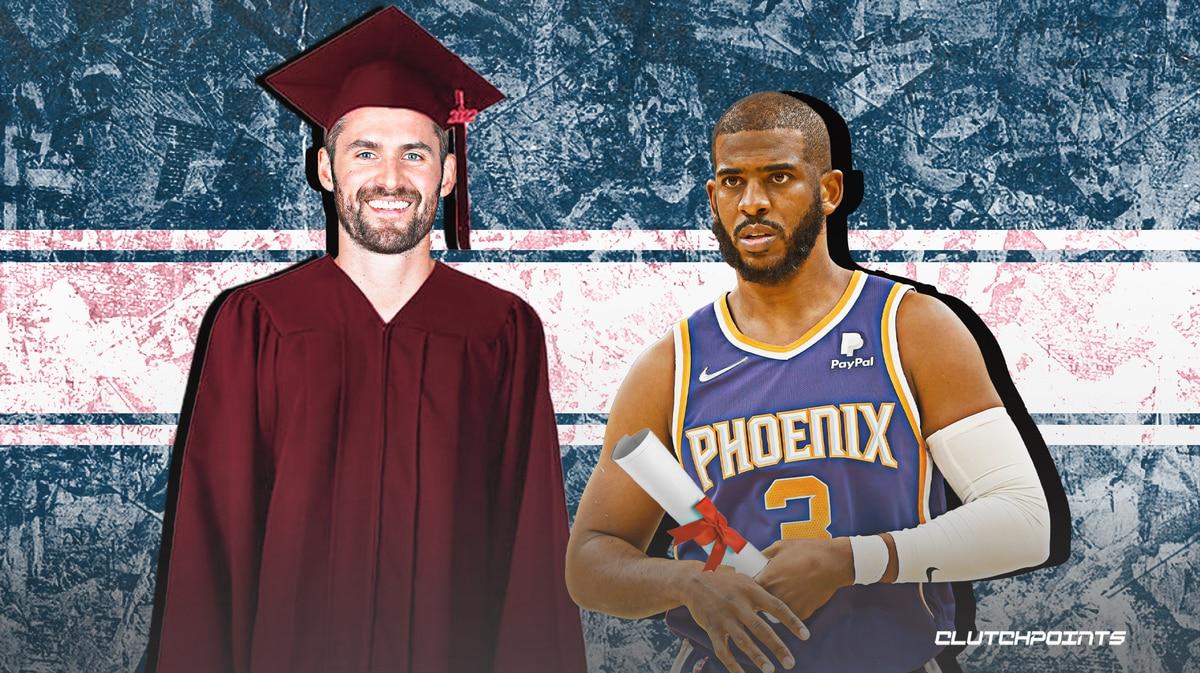 The Cleveland Cavaliers are set to take on the Brooklyn Nets in the first round of the play-in tournament. They’ve had much more success than many believed they would, as this team is stacked with young players. Regardless, Kevin Love has been a phenomenal veteran leader for this organization. The power forward mentions Chris Paul as being a major influence on his game recently.

According to Evan Dammarell, Kevin Love reached out to Chris Paul and Monty Williams to become a better leader for the Cavs. The star forward gave the two a ton of credit for Cleveland’s recent success. Love is leading his squad on and off the court and has played a major role in the development of the youngsters on the roster.

#Cavs forward Kevin Love shared that he picked the brains of Monty Williams and Chris Paul on how to lead this young team and gives a lot of credit to him for being a leader on and off the court.

Kevin Love has had sort of a resurgence in his career as well. The Cavs’ power forward has come to life lately, as he is doing everything possible to keep Cleveland in the playoff race. Now, they take on the Nets in what will be an extremely difficult matchup. We’ll see how it plays out, but this organization will have its hands full with Kevin Durant and Kyrie Irving.

It’ll be interesting to see if the Cavs young players can keep up with Durant’s and Irving’s scoring prowess. Kevin Love will need to be on top of his game, as he has the experience needed to overcome a team like Brooklyn. Cleveland will have a fighting chance and could shock the world by eliminating the Nets this postseason.

Make sure to tune into the NBA play-in tournament, as everything kicks off on Tuesday, April 12. Can the Cavs upset the Nets, or will Cleveland’s Cinderella year be cut short?