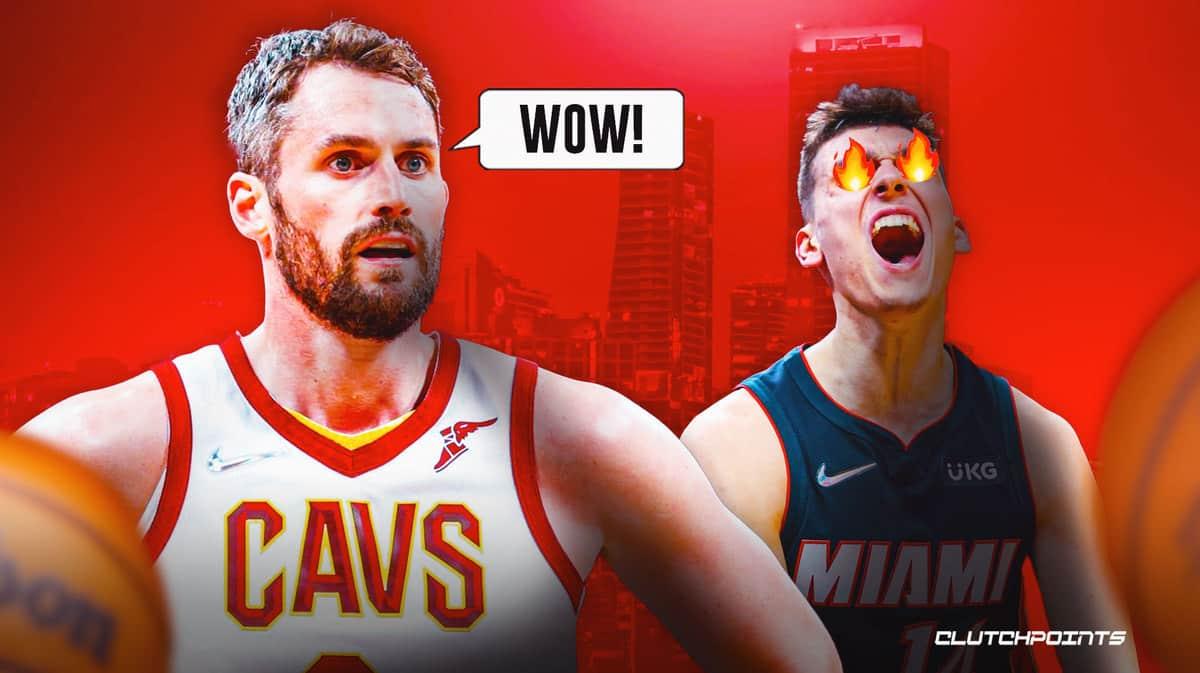 Cleveland Cavaliers forward Kevin Love has nothing but respect and admiration for Tyler Herro after the Miami Heat guard beat him for Sixth Man of the Year.

Love finished second in the voting, but it wasn’t even close as Herro earned a landslide victory behind 96 first place votes–just four short to become the unanimous winner. The 22-year-old received a total of 488 points, while the Cavs big man finished with just 214 points.

After learning of the results, Love took to Twitter to congratulate Herro and share how much he likes the guard’s game. And while the Heat youngster reached new heights in his career, Love said it is only the beginning of better things to come for him.

“Everyone who knows me knows I love Tyler Herro’s game (and swag) – much respect on an incredible 6th man campaign. Best is yet to come for Herro,” Love said.

Tyler Herro certainly deserved the honor, and while Kevin Love has a case of his own with his renaissance with the Cavs, it’s just hard to beat what sharpshooter did with the Heat this 2021-22.

Still, it’s nice to see Love give credit where it is due. No one can knock the brilliant season he had with the Cavs even though he did not win Sixth Man of the year. Being in that conversation is already a strong message in itself that Love has more left in his tank.

Everyone who knows me knows I love Tyler Herro’s game (and swag) – much respect on an incredible 6th man campaign. Best is yet to come for @raf_tyler 📈📈📈 https://t.co/vTTG0PxGEZ