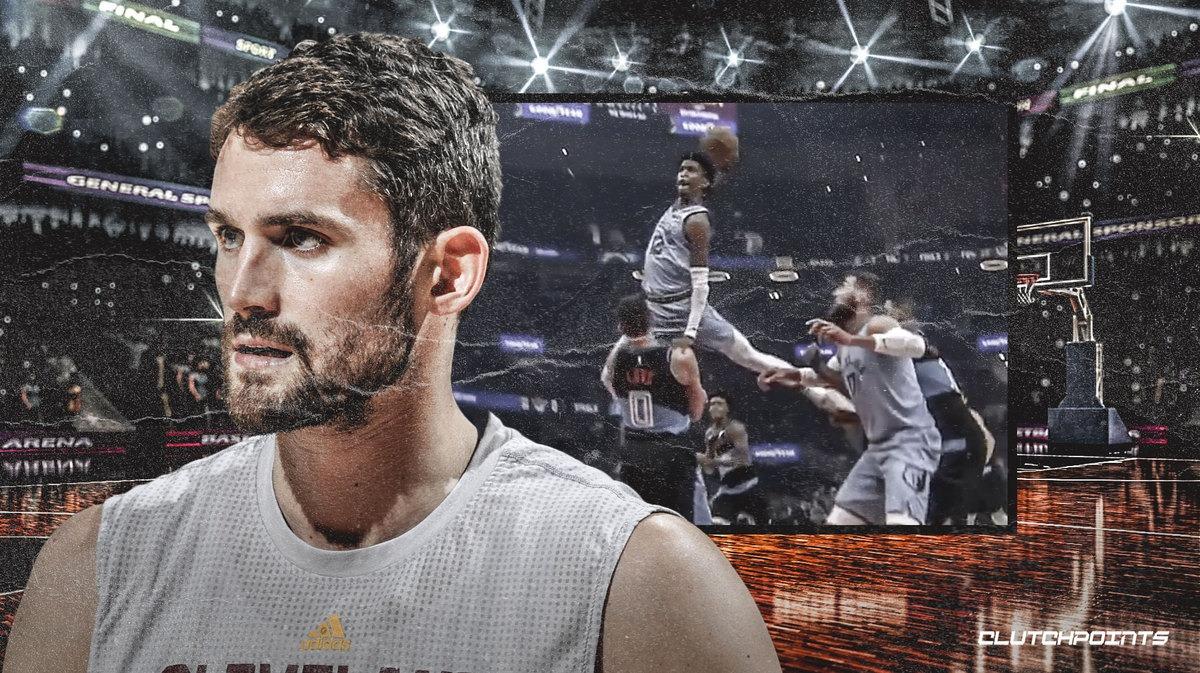 Memphis Grizzlies guard Ja Morant has been dunking on everybody as of late, and he tried to add Cleveland Cavaliers’ star Kevin Love to his growing list of victims on Friday.

The Cavs forward saw firsthand how athletic the 20-year-old Murray State product is when he tried to take a charge against the impressive rookie in their match at the Rocket Mortgage FieldHouse.

But instead of colliding with Love, Morant literally went over the five-time All-Star, showing shades of the epic Vince Carter Team USA dunk over Frenchman Fredric Weiss in the 200 Summer Olympic Games.

Morant was unable to complete the one-handed jam but still drew plenty of oohs and aahs from the crowd, as well as getting admiration online for his valiant attempt.

Even Love was impressed after the match as he tweeted his admiration for the current Rookie of the Year frontrunner.

Ja almost ended my professional career with this dunk…that kid is something special 🙏🏻🙏🏻🙏🏻 https://t.co/5SxCItAMba

Despite nearly getting immortalized forever in basketball lore for that poster, Love and the Cavs still managed to eke out a hard fought 114-107 victory to extend their winning streak to two and improve their record to 8-21. The 6-foot-10 big fired away 21 points and 13 rebounds in 28 minutes, shooting 6-for-13 from the field and 5-for-11 from downtown.

Morant, meanwhile, had an off night and finished with just eight points and five boards, but he did a good job setting up his teammates for 11 assists.

The Grizzlies are expected to build around Morant in the coming seasons and has high expectations from him since giving him the keys to the offense after letting go of Mike Conley in the offseason. Love’s future with Cleveland, on the other hand, remains uncertain, as he has been involved in multiple trade rumors even before the season began.