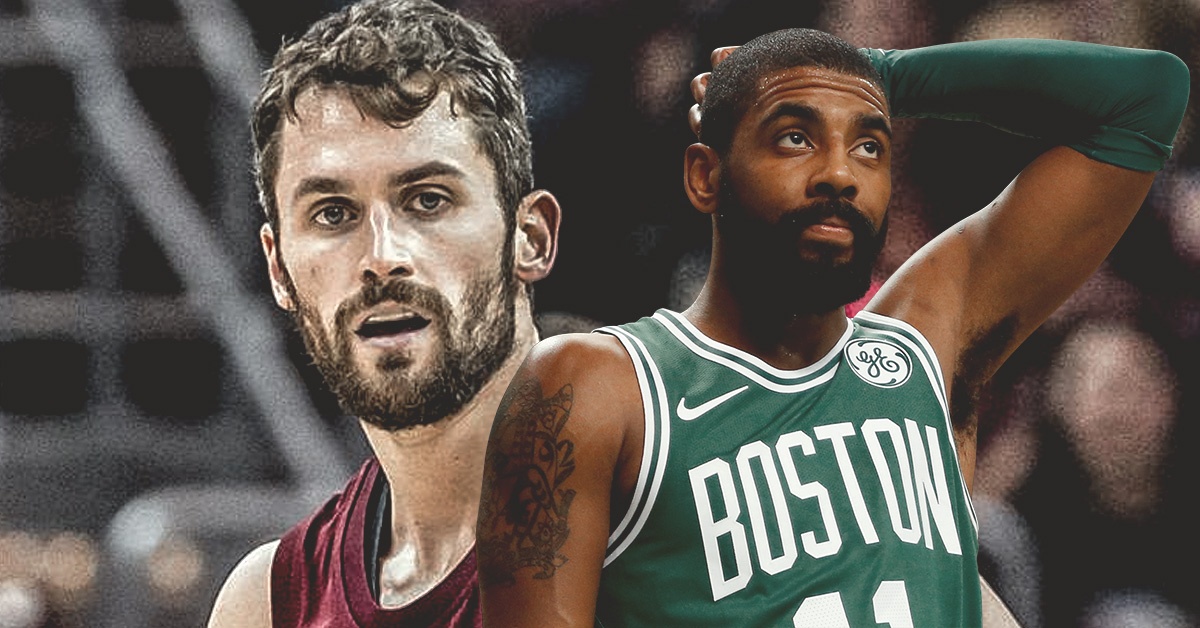 Boston Celtics star point guard Kyrie Irving informally announced Thursday at the TD Garden that he plans on re-signing with the franchise next summer in free agency. Cleveland Cavaliers star Kevin Love obviously heard the news and wasn’t shocked to hear that his former Cavs running mate was staying in Beantown.

However, there was one aspect of Irving’s announcement which surprised Love and the All-Star power forward discussed that with Cleveland reporters on Friday after practice.

“Boston is a great place,” Love said. “They’re building something. They have a team that can switch one through five. They’re a team that can throw different guys into the lineup. They got a great coach. So, am I surprised he [Kyrie] said that? No. But I’m more shocked they asked the question in front of all the people, eight, nine, 10 months away.”

Kevin Love reacts to Kyrie Irving announcing his plans to be in it for the long haul with Boston. He was surprised that he was put on the spot like that already and jokes that Brian Scalabrine may have been a plant. #Cavs #Celtics pic.twitter.com/kcE3721vli

Kyrie Irving is eligible to sign an extension with the Celtics this season, but the five-time All-Star can make roughly $80 million more by waiting until next summer and opting out of the final year of his contract. Irving will make $20.1 million this season.

In his first season with the Celtics last year after spending the first six years of his NBA career with the Cavs, Irving averaged 24.4 points and 5.1 assists in 60 regular season games. He shot 49.1 percent from the field, 40.8 percent from beyond the arc, and 88.9 percent from the free-throw line.

Kevin Love seems to be happy for his buddy Irving. The two remain close friends and shared a moment together on the Boston court Tuesday during the Celtics-Cavs preseason game. Irving may have left Cleveland on bad terms with LeBron James, but Uncle Drew and Love are still cool. 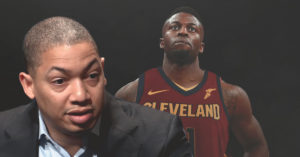