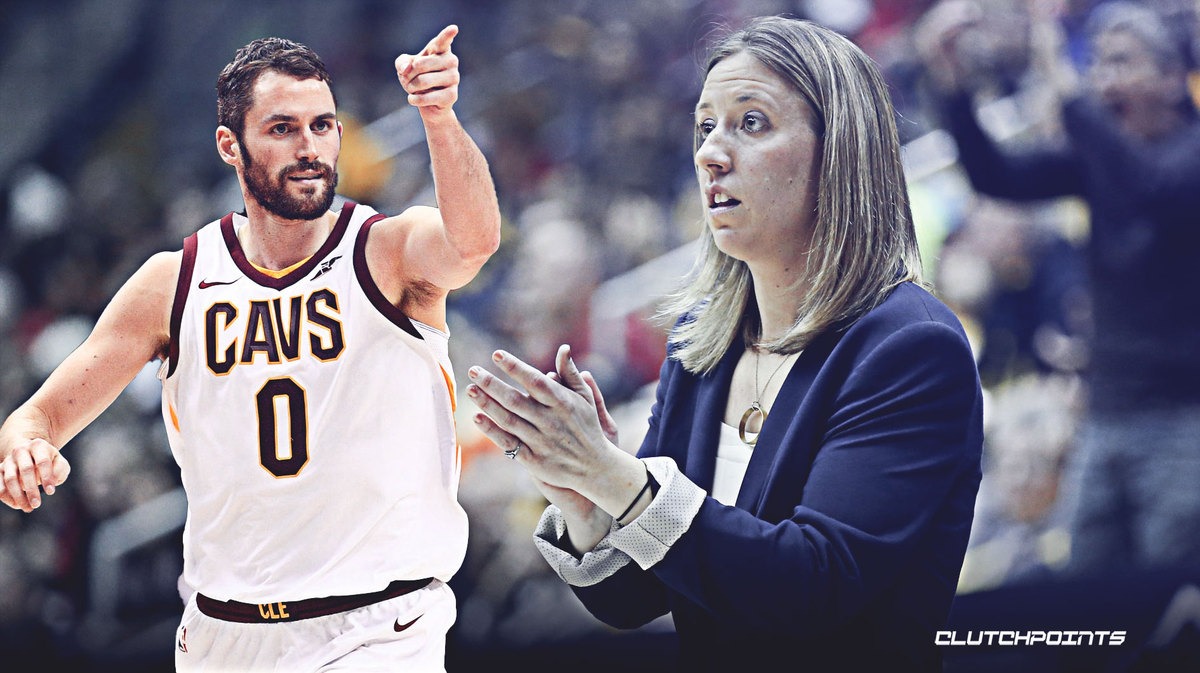 Cleveland Cavaliers assistant coach Lindsay Gottlieb has formed a tight relationship with Cavs players during her first year in the NBA, with one of them being All-Star Kevin Love.

Bring up Gottlieb’s name to Love and the Cavs big man can’t stop raving about her:

“She’s had a voice in our locker room since Day 1. She’s really funny, smart, good to be around, knows the game. She’s exceptional. She’s going to be a force of nature going forward because she’s just … She’s badass.”

Gottlieb was at the University of California before taking the Cavs job. It wasn’t an easy decision for her, but the team and Love are very happy she made it to the NBA.

Sure, Cleveland had the worst record in the Eastern Conference prior to play getting suspended. However, the team went 5-6 under new head coach JB Bickerstaff.

With Bickerstaff and Gottlieb leading the way, Cavs owner Dan Gilbert and general manager Koby Altman are hopeful the franchise will turn into a winner sooner rather than later.

JUST IN: No one in Cavs organization has been tested for coronavirus
Related TopicsCavaliersKevin LoveLindsay Gottlieb