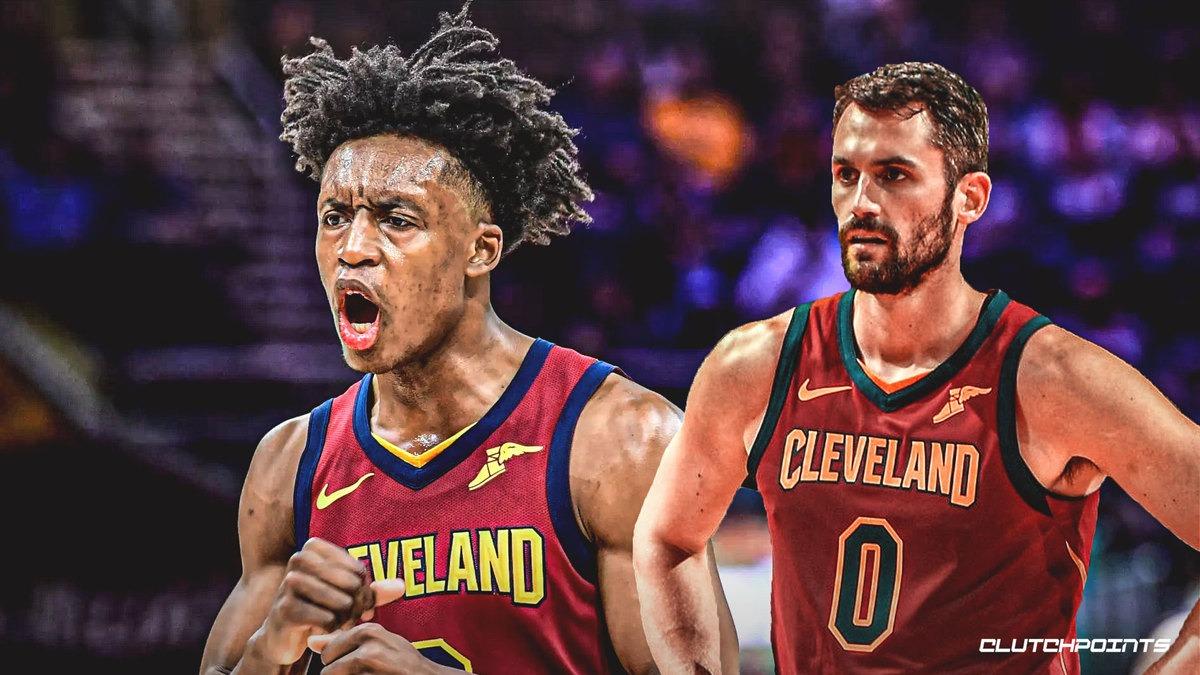 Cavs All-Star Kevin Love had high praise for Collin Sexton during Thursday’s shootaround at Cleveland Clinic Courts, noting that the second-year guard is continuing to improve his game.

The Cavs selected Sexton with the No. 8 pick in the 2018 NBA Draft. His first season was a bit of a struggle, as he was trying to find his niche with a rebuilding team in his rookie year. A few things were evident in his game right away, including his motor, speed and accuracy at range.

“He creates so much attention,” Love said of Sexton during a break in Thursday’s shootaround. “He can score the ball at such a high clip that so much is going to be there for him.

“He’s so fast,” Love added. “He can get into the paint so well, and he puts such pressure on the defense, just looking where he can make reads.

“He’s done a lot better job,” Love said. “There were a few quarters or a few halves where he was really able to see what he was capable of in setting up his teammates, and the game just opened up for him.”

.@kevinlove on @CollinSexton02's ability to be an offensive weapon and his continued development:

Now in his second season, Sexton is serving alongside rookie Darius Garland in Cleveland’s backcourt. It was a pairing that was met with a fair amount of criticism, as both players were listed as point guards. In the end, first-year head coach John Beilein decided to use both players in his starting lineup.

Though the Cavs (12-32 overall) have struggled to find a rhythm this season, Sexton is continuing his development as an NBA player. The former Alabama standout has made 44 appearances this season, racking up averages of 19.1 points on 45.2 percent shooting from the field (34.0 percent from beyond the arc), 3.3 rebounds, 2.4 assists and just under one steal (0.9) in 31.7 minutes per outing.

The Cavs will be back in action on Thursday night, when they’ll serve as hosts to the Washington Wizards. Tip-off inside Rocket Mortgage Filedhouse is set for 7:00 p.m. ET. Cleveland will be looking to snap a five-game losing streak.