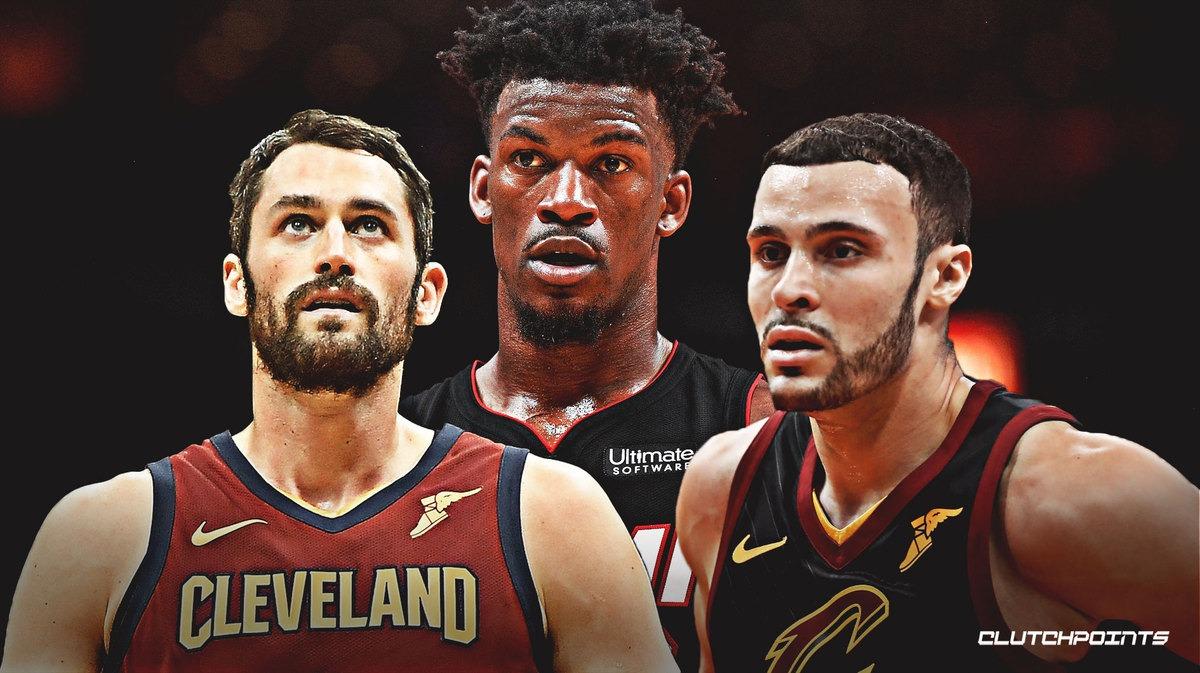 Cavs teammates Kevin Love and Larry Nance Jr. believe the Miami Heat are a team Cleveland can learn from.

The Cavs served as hosts to the Heat on Thursday night. Miami was hot from the start, knocking down three straight triples to open the game.

The Heat never looked back.

Cleveland fought back to within 10 points in the second half, but it wasn’t enough. The Heat, led by rookie Kendrick Nunn’s 23 points, walked away with a 108-97 victory.

During their postgame interviews, both Love and Nance had high praise for the way Miami plays, as well as the way the team is constructed. Outside of Jimmy Butler, Miami doesn’t have a clear-cut superstar, similar to the Cavs’ lineup with Love.

Nance, who had 14 points, eight rebounds and three steals in Thursday’s loss, says Cleveland could take a page out of Miami’s book:

“When I look at us… I really like the identity that Miami has, actually,” Nance said, via Spencer Davies of Basketball Insiders. “You look at that roster … you know, this year they have Jimmy. But you look at that roster the past couple of years and you couldn’t identify a superstar. They just play 1 through 5 to start, 1 through 5 off the bench. They just play hard. You know it’s gonna be a fight that night.

“I like Miami’s toughness,” Nance said in closing. “Their toughness, their grit, their fight. That team could be down 40 and still never quit. That’s the kind of the attitude that we have to take.”

When asked about #Cavs identity, Larry Nance Jr. says he would like to take a page out of the HEAT's book. pic.twitter.com/ynspU4EifQ

Love had a nice game for the Cavs, racking up 21 points, 10 rebounds and four steals. During his postgame media availability, the former UCLA standout said Miami is a team that Cleveland can learn from:

“You gotta give credit to Miami. They’re a very good team,” Love said, via Davies. “That’s a team that we can learn from. They cut so well. They move the ball.

“Their willingness to share the ball is something that we can look at and feed off of,” Love added. “And defensively, they really pack the paint. They have the luxury of having length and size. We don’t (have that), but we can learn from them — look at some of their tendencies and what they do on the defensive end of the floor that makes them so good.”

Kevin Love also feels #Cavs can take some lessons from the HEAT on both ends of the floor. pic.twitter.com/HpzqbxLlJn

Though Cleveland (4-7) is without a superstar, the team has looked surprisingly competitive through the early stages of this season. Thursday’s showing was not their best, but they scrapped until the end.

The Cavs will be back in action on Sunday afternoon, as they’re scheduled to host the Sixers. Tip-off inside Rocket Mortgage Fieldhouse is set for 3:00 p.m. ET.