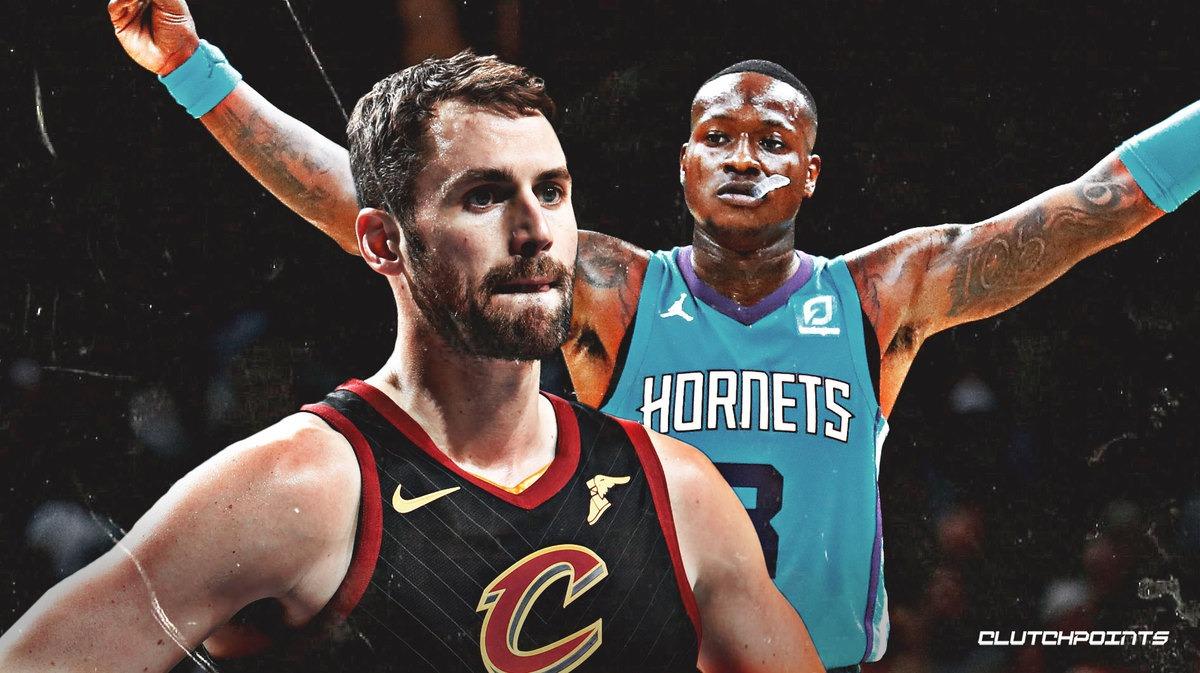 Cavs All-Star Kevin Love was relieved to see Terry Rozier’s go-ahead shot bounce off the rim in the closing seconds of Wednesday night’s game against the Hornets.

Charlotte trailed for much of Wednesday’s matchup in Cleveland, but Rozier caught fire in the fourth quarter. The Shaker Heights, Ohio, native nearly erased a 24-point deficit on his own, scoring 19 of his career-high 35 points in the final frame.

With just three seconds remaining on the clock, Rozier had a decent look at a go-ahead three, but his shot just missed, and the Cavs held on for a 100-98 victory.

Following the game, Love joked that he would have poured ice over his head had Rozier made the shot:

“How do you come away from this one, given what happened in the fourth quarter?” Love was asked during his post-game presser.

“If that shot would’ve gone in and you would’ve asked me that, I probably would’ve dumped this ice over my head and left.

“It was a tough one for us,” Love added. “There is a lot that we have to clean up. Terry hit a lot of incredible shots. That was an unbelievable performance in that quarter.”

Love went on to note the Cavs lack of communication on the defensive end of the floor, which has been a point of emphasis in recent practice sessions:

“Our coverages weren’t quite what they needed to be,” Love said. “I think our communication — something that we’ve been talking about the last three or four days — wasn’t quite there as it was in the first three quarters.”

"I probably would've dumped this ice on my head and then left."

Kevin Love on Rozier's missed game-winner and how it's an example of #Cavs needing to improve their defensive communication. pic.twitter.com/3n8lvrtyfh

Love had just two points in the first half of Wednesday’s game, but he found a rhythm in the final two frames. In 32 minutes of action, the former UCLA standout scored 16 points,  14 rebounds and seven assists.

Love and the Cavs will be back in action on Friday night, when they’ll serve as hosts to the Memphis Grizzlies. Tip-off inside Rocket Mortgage Fieldhouse is set for 7:00 p.m. ET.