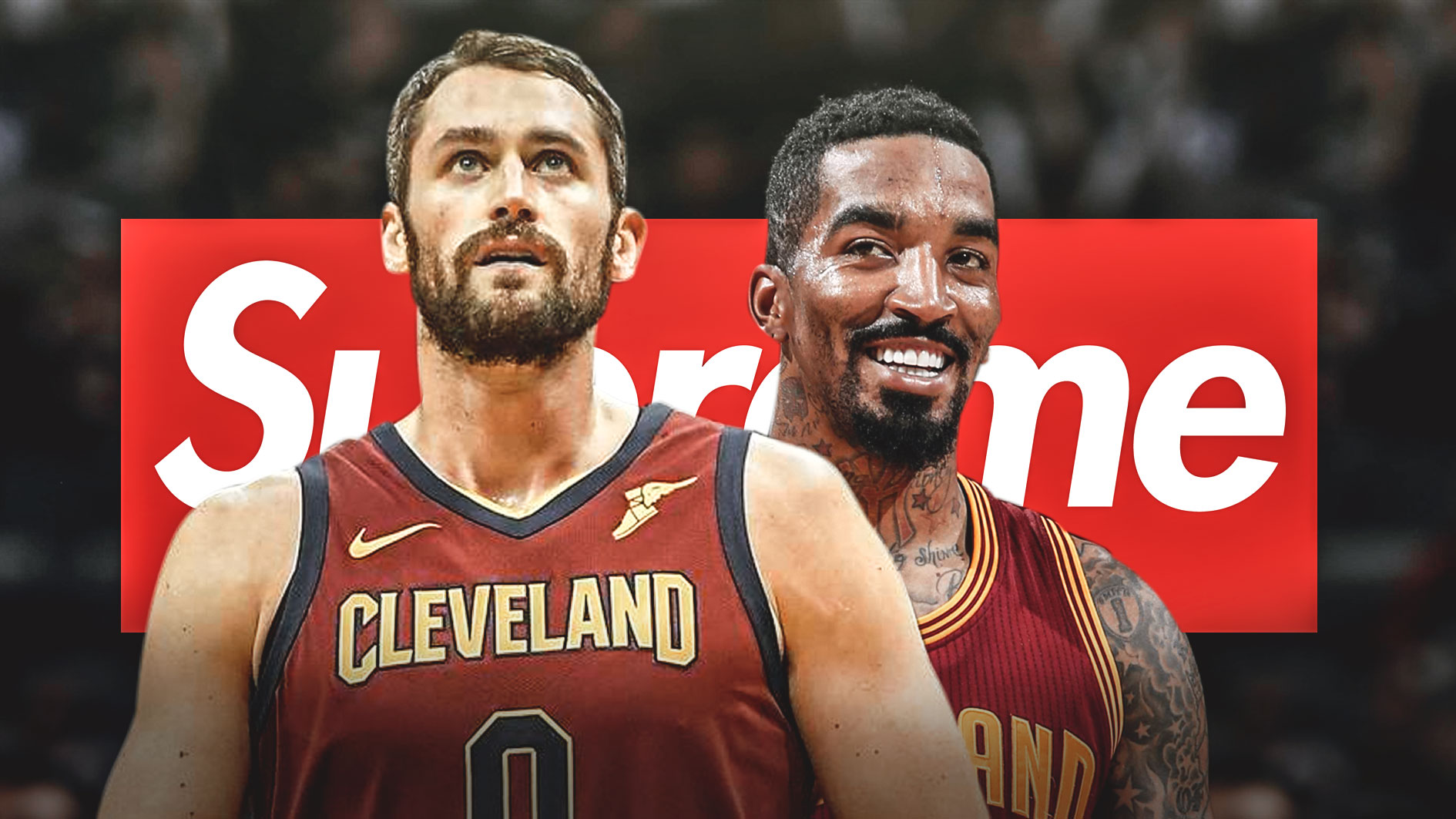 Cleveland Cavs teammates Kevin Love and J.R. Smith are having some fun with the “Supreme” tattoo controversy and it appears that Love has joined his teammate getting a matching “tattoo” on his leg.

Kevin Love posted a picture on Instagram of a smiling JR Smith who appeared to write “Supreme” on the star power forward’s legs. This is in response to a memo sent out by the league office a few weeks ago who told Smith he had to cover up his leg tattoo because players aren’t allowed to displace advertisements.

“Supreme” is an American skateboarding and apparel brand. Smith added the tattoo to his leg in August and the league made it clear if it’s visible during games he will be fined.

Smith said that he thinks it’s dumb that this is what the NBA is concerned about, he doesn’t want to pay the fine so he will cover it up.

Smith also said he thinks there are many other things the league could be concerned about, but this is what the league has decided so there isn’t anything he can do about it.

“It was just something that I wanted to do,” he said. “There’s a lot of other things going on in this world (the league) could be worried about besides a tattoo, but it’s their league. They can do what they want.”