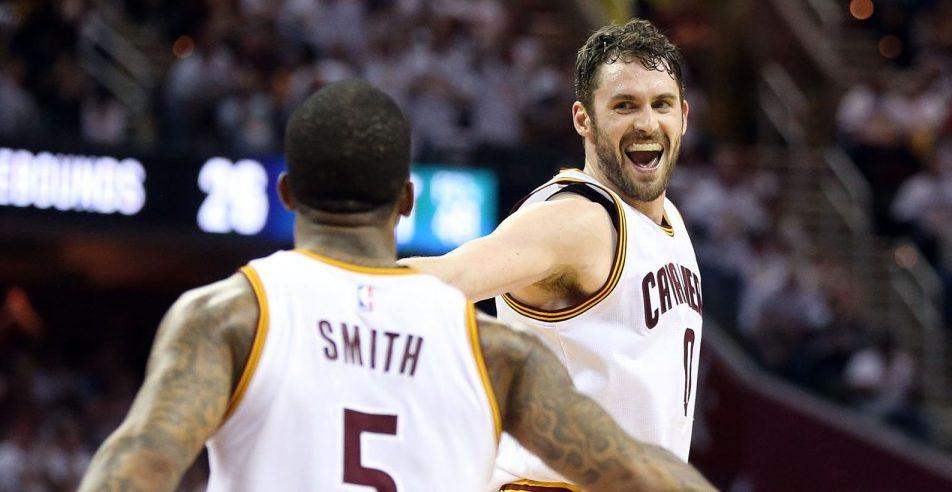 Kevin Love will start tonight against the New Orleans Pelicans and JR Smith will also play, the Cavs said.

Love took an inadvertent elbow to the mouth during the first quarter of Tuesday night’s loss to the Miami Heat. In addition to a sublux front tooth he suffered, the former UCLA standout displayed concussion-like symptoms due to the hit. He was later placed in the NBA’s concussion protocol program, which he has since cleared.

According to several reports, Smith missed Friday morning’s practice session due to an illness. However, it seems as though he’s well enough to play in Friday night’s game.

Smith, who racked up 19 points off the bench against the Charlotte Hornets on Wednesday night, has made 73 appearances with the Cavs this season, averaging 8.3 points on 40.0 percent shooting from the field (36.9 percent from downtown), 3.0 rebounds and just under one steal (0.9) in 28.5 minutes.

In other Cavs news, head coach Tyronn Lue is expected to be in attendance for Friday night’s matchup against the Pelicans, though he won’t be calling plays. The Mexico, Missouri native has been away from the team due to health issues.