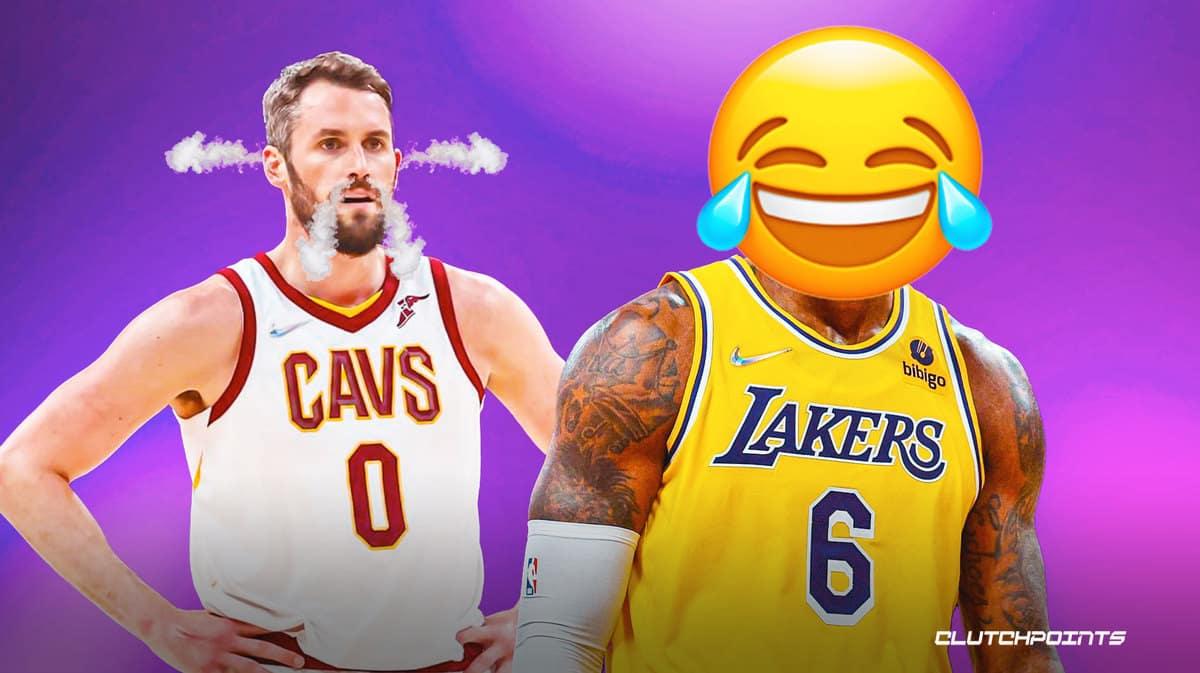 Los Angeles Lakers superstar LeBron James showed no mercy to Kevin Love when he opted to posterize his former Cleveland Cavaliers teammate. Now, the Cavs big man is taking his revenge by blocking him … on social media that is.

The two went viral on Monday as the Lakers visited Cleveland. LeBron dunked all over Love late in the second quarter, and the Cavs forward couldn’t do anything but fall on his back and accept his embarrassing fate.

LeBron James throws it down over Kevin Love 🔥pic.twitter.com/SlO9mfkIE4

Kevin Love tried to get his revenge on LeBron James when he went back to the bench, giving the Lakers star a headlock while laughing. James himself couldn’t help but laugh at the situation as well.

After the game, James admitted that he didn’t like doing it to his former Cavs teammate. However, he thought Love knew better and would actually get out of his path, albeit to no avail.

“At the very last spot, because it’s K-Love. When I turned that corner and I looked up, I was like ‘No, please Kev, just move.’ He should know that once I get that go-go-gadget Cavs muscle and get going that I’m going to take off. I hate that it happened to be him, so I’m gonna take that one even out of my posters. I didn’t like that one, cause that’s my guy,” James explained with all smiles.

For his part, Love took to Instagram to respond to poster slam. After the Lakers posted the video of the dunk and wrote “no hard feelings,” he commented on the post and joked that he’s blocking LeBron on every platform.

Of course Love is joking. But hey, it’ll definitely be fun to see him do it (albeit just briefly) and see how the rest of the world reacts. It’ll be nice if he can make James sweat a bit and really get one on him after that dunk.