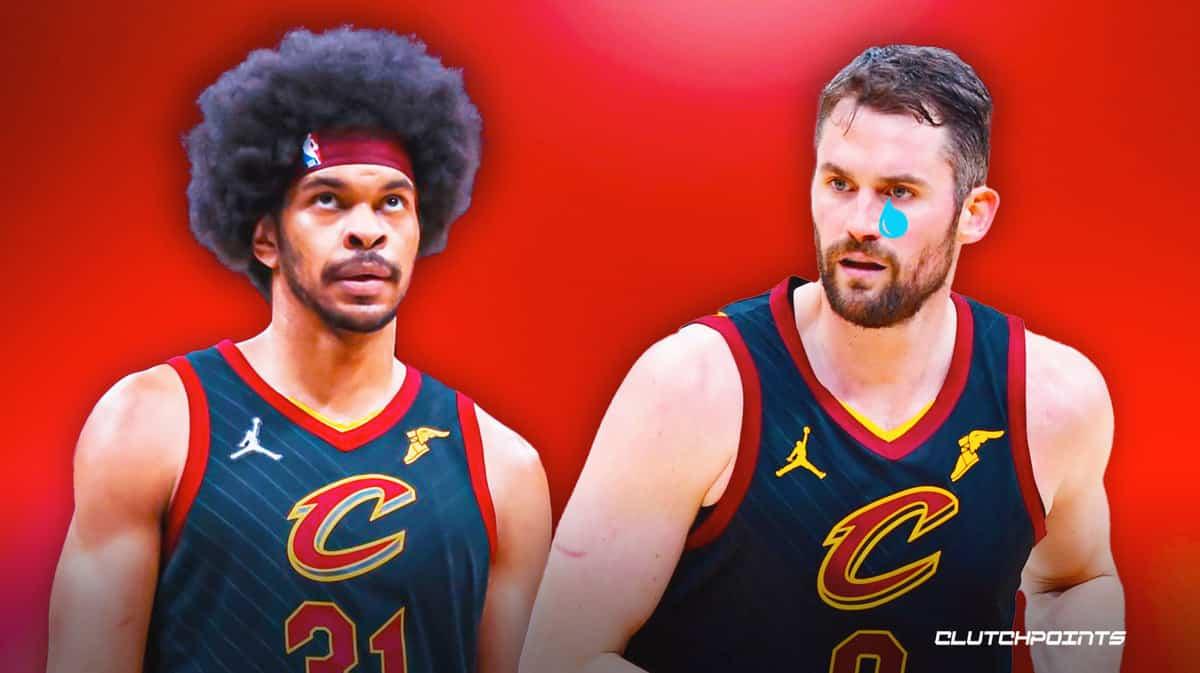 The Cleveland Cavaliers received some brutal news on Sunday after All-Star big man Jarrett Allen went down with what appears to be a concerning hand injury. It sounds like the Cavs could be without one of their most important players for some time, which is an undeniably huge blow for this highly-promising squad.

Cavs veteran Kevin Love has spoken out about Allen’s injury and it is clear that the former five-time All-Star is feeling terrible about this recent development:

#Cavs Kevin Love said not knowing where things stand with Jarrett Allen's injury is tough but they're just hoping and praying things work out for the best.

Right now, Jarrett Allen has no timetable to return. He was officially diagnosed with a fracture on the middle finger of his left hand. The silver lining here is that it’s on his non-shooting hand. Nevertheless, the Cavs have not provided any information as to when they expect to get him back in the lineup.

Kevin Love is no longer the cornerstone superstar he once was. However, his veteran presence is one of the most valuable aspects he brings to the table for the Cavs. He’s served the role as a mentor for the younger guys on the squad, and he’s worked all season long with Allen, who himself has emerged as one of the most highly-touted big men in the NBA. For Love, he even went as far as saying that Allen is the anchor that holds this team down:

Kevin Love hoping for the best for Jarrett Allen, describes him as “anchor of the team.”
Still no update on injury. pic.twitter.com/gFQEZC7koz

The Cavs haven’t been very good of late and this most recent injury blow is going to be a major headache for them. As Love said, all they can do now is to hope and pray for a speedy recovery for Jarrett Allen.