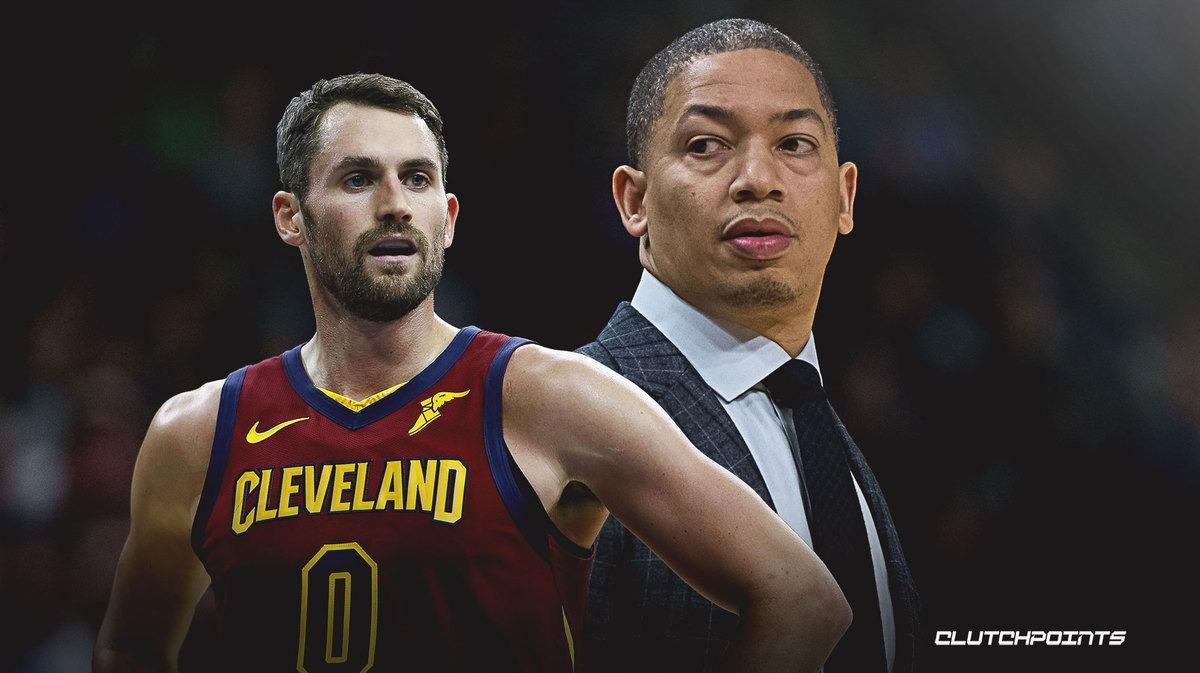 Former Cavs head coach Tyronn Lue returned to familiar territory on Sunday night, as he and the Clippers made a stop in Cleveland. For some members of the team, including Kevin Love, it was a championship reunion of sorts.

Lue took over the head coaching reigns in Cleveland midway through the 2015-16 season, replacing a fired David Blatt.

In what became one of the greatest stories in sporting history, Lue — a rookie head coach — led the Cavs to their first championship in franchise history, defeating the Golden State Warriors in epic come-from-behind fashion (down 3-1 in the 2016 NBA Finals).

To this day, most of the players from Cleveland’s 2016 roster share a nice relationship with Lue, including Love, LeBron James, Tristan Thompson and Kyrie Irving. Though some have went their separate ways, the memory of 2016 lives on.

Nowadays, Lue is serving as an assistant coach for the Clippers under Doc Rivers. Despite this fact, Love came to his former coach before the start of Sunday’s game in Cleveland for a quick embrace.

Love later penned a quick message to Lue on Instagram, commemorating the moment:

Love, who scored 10 points and nine rebounds in Sunday’s 133-92 loss, is serving a different role with the Cavs this season. Gone are the days of spotting up on the perimeter for an open look from LeBron. Enter a new era of veteran leadership for Cleveland’s young roster.

Though he was young and somewhat inexperienced, Lue managed to end Cleveland’s 52-year championship drought. For that, he will always have a special place in the hearts of Cavs fans.