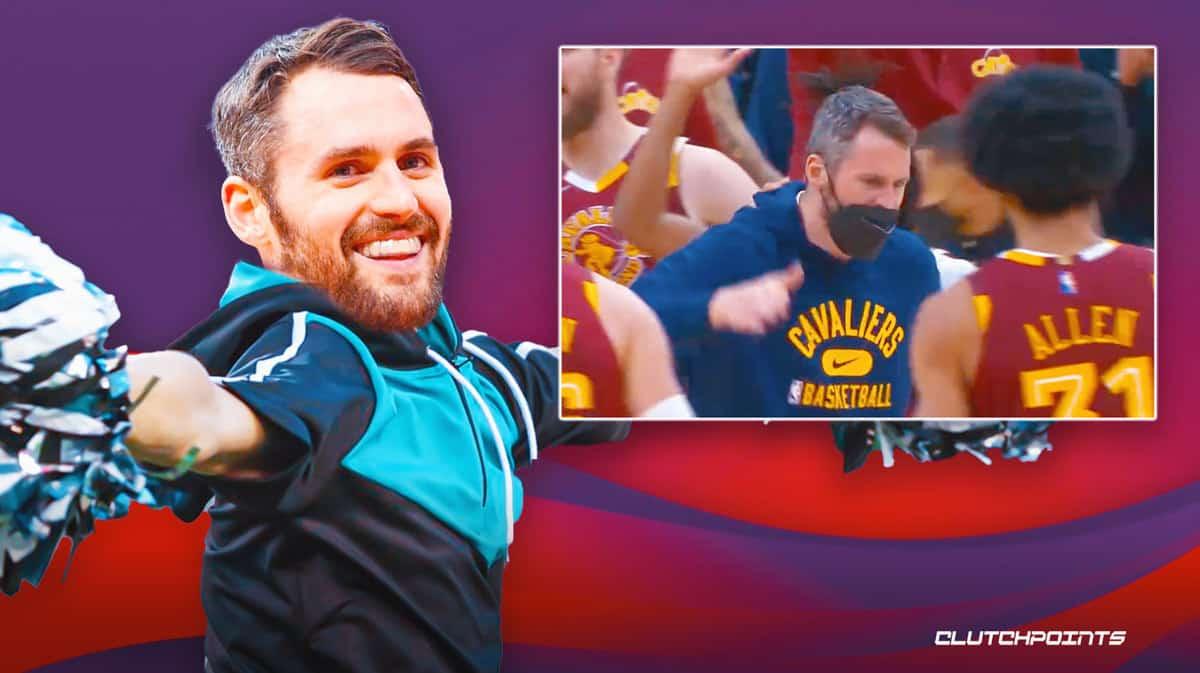 The Cleveland Cavaliers pulled off a magnificent come-from-behind victory on Saturday night over a Boston Celtics side that looked like they were going to leave the Rocket Mortgage FieldHouse with their fifth win in the last six games. Despite being down by as much as 19 points, however, the Cavs did not give up as they managed to secure another victory in what has been a solid run for the team.

Kevin Love was out of action again for this one, with the 33-year-old veteran still unable to play after being placed on the league’s health and safety protocols. However, Love was cleared to join his teammates on Saturday and he served as their biggest cheerleader on the bench.

Below is the wild sequence that led to the Cavs’ memorable 91-89 win which included a number of key plays late in the game. Kevin Love almost stole the show for the Cavs, though, with his excitement spilling over to the court:

Rubio lob to Allen.
Tatum clutch jumper.
Garland money at the FT line.
Cedi D's up for the final stop.

What an ending in Cleveland as the @cavs complete a 19-point comeback! pic.twitter.com/JUf6tBVYhb

The Cavs had a number of clutch plays in the dying minutes of the game and through it all, Kevin Love was cheering his teammates on. The former All-Star looked like the most excited man on the floor and he even gave teammate Jarrett Allen an over-exuberant bump as he made his way to the bench.

Based on his actions on Saturday night, it looks like Love isn’t nursing any injuries at the moment. Hopefully, he returns to action soon as the Cavs look to build on their current winning streak which at the moment, stands at six victories over the last seven contests.