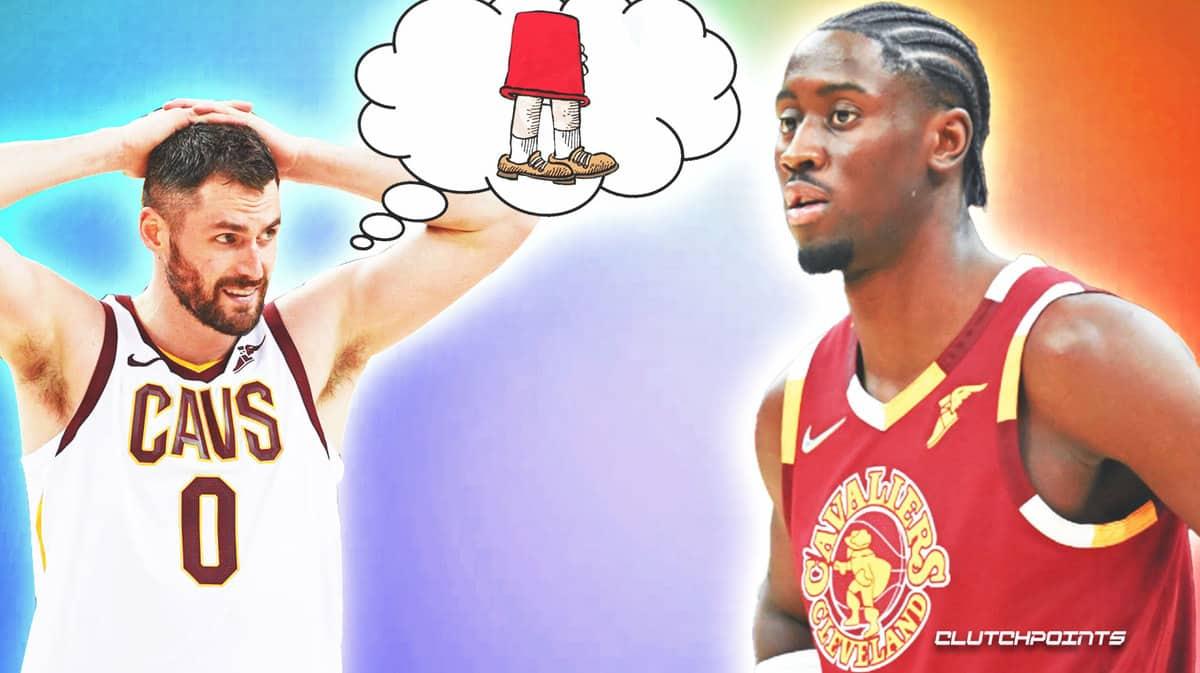 The Cleveland Cavaliers didn’t quite make the biggest NBA trade deadline splash by acquiring Caris LeVert from the Indiana Pacers, though they still made their team much better with the move. If anyone doesn’t think so, they should just listen to Kevin Love speak about playing with his new teammate, LeVert. Love got real on playing with LeVert after the Pacers trade, via sideline reporter Serena Winters.

Kevin Love on Caris LeVert: “High character person…Both sides of the ball, he can just be devastating to other teams…A guy that’s a walking bucket, has size & an unbelievable attitude… just in every way adds to our team.” #LetEmKnow

Kevin Love didn’t hesitate to say exactly how he feels about new Cavs teammate Caris LeVert after the Pacers trade. Love feels that his new teammate is a great individual, which certainly matters when adding a new personality to the locker room at the deadline.

Not only that but Love commended LeVert for his ability on both ends of the floor, saying that he can be devastating to teams and is a “walking bucket.” He offered perhaps the best praise of all when he said that LeVert “adds in every way to the team.” That probably makes the Cleveland front office feel even better about the Pacers trade.

Love certainly isn’t wrong about LeVert, as the former Pacers wing has averaged at least 18 points per game in each of the last three seasons while playing well on the other side of the court. He’s also a willing passer.

Just like Kevin Love said, Caris LeVert adds to the Cavs “in every way.”