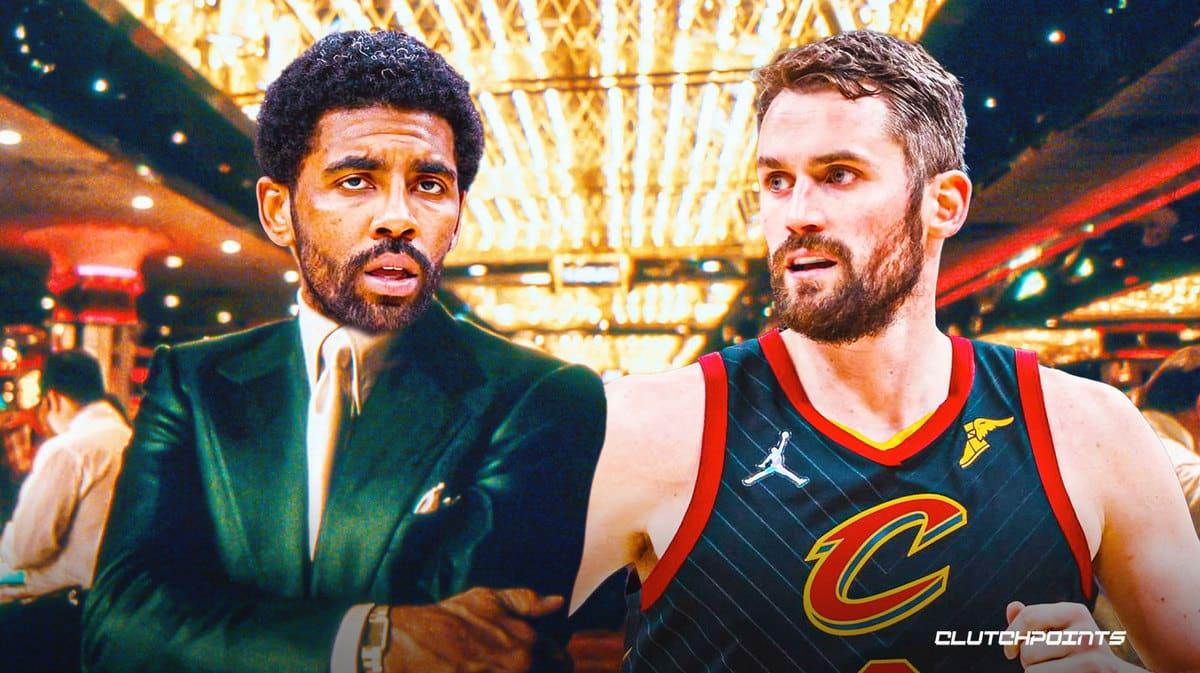 The Cleveland Cavaliers put up a gallant stand against the Brooklyn Nets in their play-in tournament match on Tuesday night. But simply put, Kyrie Irving was just too good.

The Nets guard waxed hot right from the onset, scoring 20 points on a spotless 9-of-9 shooting from the field. He finished with a game-high 34 points, missing just three of his 15 attempts to lead the Nets to the 115-108 win over the Cavaliers and secure the no. 7 seed in the Eastern Conference in the NBA Playoffs.

Cavaliers veteran Kevin Love, who recently had a shooting streak of his own, has seen his former teammate explode many times before. He knew they were in trouble when Irving got cooking, per the report of ESPN.

“I always say about Kyrie in a March Madness, one-game type of situation, he’s a tough guy to bet against. Again, seen this movie before but still, I think that there are just times when he comes out and plays out of his mind and that’s why he’s a future Hall of Famer. So, you just kind of have to tip your hat to him. He hit some really tough, contested shots today.”

The Cavaliers tried different sorts of schemes in hopes of putting the clamps on the Nets All-Star. But the ankle-breaking guard easily found ways to make plays. He also added a game-high 12 assists.

The Nets will now face the Boston Celtics in the first round while the Cavaliers await the winner of the play-in tournament game between the Charlotte Hornets and the Atlanta Hawks on Friday.