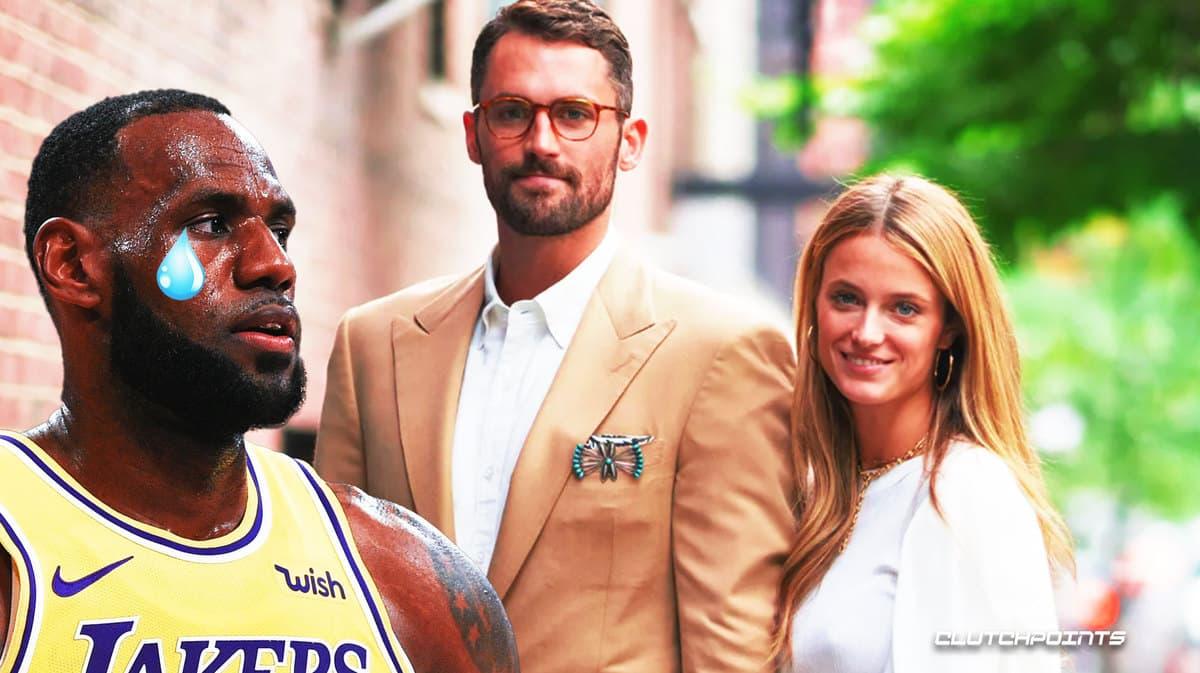 Kevin Love was on the receiving end of one of the most memorable (or forgettable on his end) posters of his career after LeBron James nearly jumped over him on Monday night. It was just one of those epic plays that will be replayed over and over again this season, and unfortunately for the Cavs vet, he was on the wrong end of another LeBron highlight reel.

After the game — a 131-120 win by the Los Angeles Lakers — LeBron himself opened up about absolutely posterizing his good buddy. James admitted to holding some regret that it had to be Kevin Love and revealed that he hopes he’s still invited to the Cavs big man’s upcoming wedding:

“To be completely honest, I hate that it had to be him,” LeBron told reporters. “That’s my guy. That’s my brother. Hope I’m still invited to the wedding. That’s not even in my all-time dunks, so I’ll take it out. I didn’t mean it. K-Love, I love you. And I take it back. I wish I could take those two points back and we’d still win the game by nine.”

Kate Bock, Love’s fiance, has now reacted to LeBron’s statement. In particular, Bock focused her attention on James’ plea about their wedding. According to the 34-year-old model, she’ll still have to consider whether or not LeBron makes the guest list:

Bock is obviously kidding here and she was just having fun with all this. After all, what else can you do, right?

Love has himself taken this turn of events in stride. He took to social media to share his initial reaction to the dunk by also joking about the status of his friendship with LeBron:

Again, this was just some good fun between two buddies. Don’t expect Love to seriously block LeBron from Instagram and Twitter. Nobody’s that petty, I think.

Love and Beck are expected to tie the knot this summer. The pair announced their engagement in January and they’re now just months away from making it official. They will need to wait until May or even June, though, with the Cavs hoping to go on an extended playoff run this season.