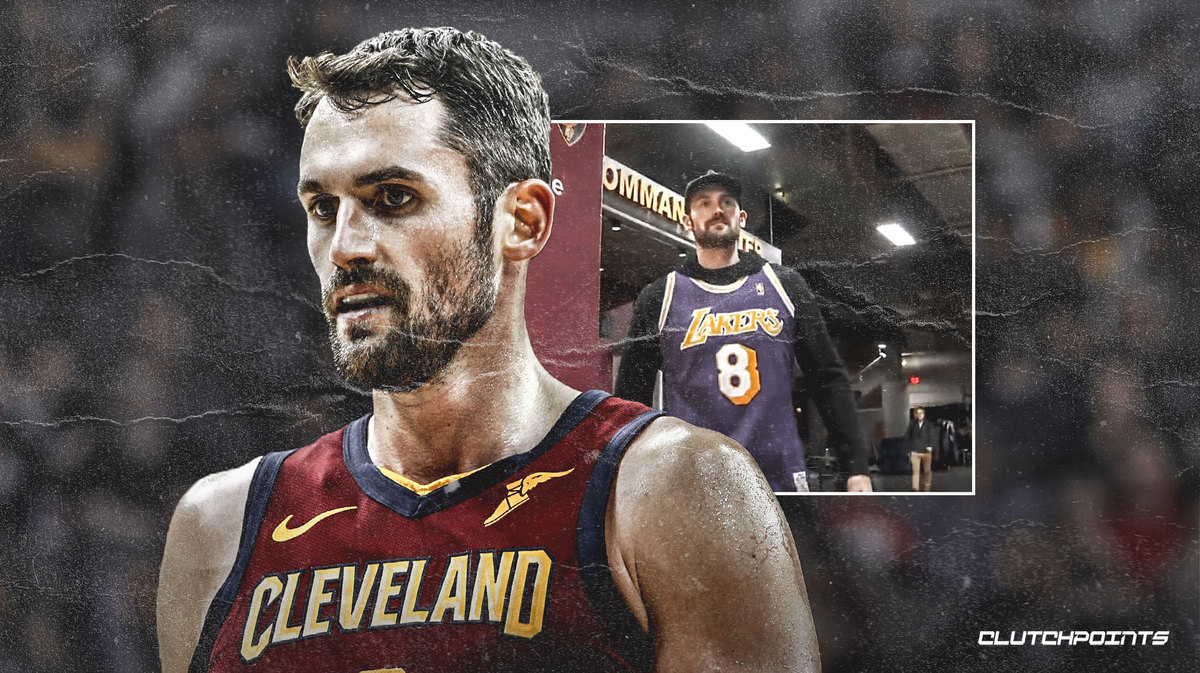 Cleveland Cavaliers veteran power forward Kevin love walked through the tunnels of Rocket Mortgage FieldHouse on Tuesday ahead of his team’s tilt with the New Orleans Pelicans wearing a purple No. 8 Los Angeles Lakers Kobe Bryant jersey. The Cavs star honored the late NBA great, who passed away on Jan. 26 along with 13-year-old daughter Gianna and seven others in a tragic helicopter crash in Calabasas, California.

Love, 31, is a west coast native and attended UCLA, having close ties to southern California, which is collectively, along with the NBA community and sports world, mourning the passing of Bryant and his daughter. Around the league players and teams are figuring out ways to commemorate Bryant’s memory and legacy to the game.

The NBA postponed Tuesday’s Lakers-Clippers matchup at the Staples Center; instead, the purple and gold franchise’s next game will be at home against the Portland Trail Blazers.

Despite being mentioned in a flurry of Cavs’ trade rumors since practically the start of the 2019-20 season, Love’s name has calmed down this week as ESPN reported big names in discussed deals are not coming up. Love has been expected to be moved by the trade deadline, next Thursday on Feb. 6, as the veteran has outwardly shown frustrations with the leaning-young Cavs franchise rebuilding.

Future ideas about how to memorialize Bryant are still under consideration, although some franchises have undergone their own plans, like the Dallas Mavericks retiring No. 24.